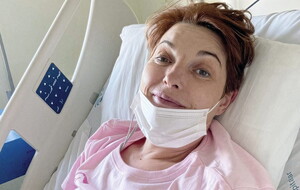 A WOMAN who suffered two strokes at a family wedding in Portugal is to be flown home this weekend after more than £40,000 was raised to pay for an air ambulance.

Marti Gorman from west Belfast was left fighting for her life a day after the wedding in the Algarve on August 1.

The 48-year-old, who works as a theatre technician at the Royal Jubilee Maternity Hospital, was admitted to an intensive-care unit in a critical condition but improved over the weekend.

The family were told the west Belfast woman would only be able to travel home on board an air ambulance with a full medical team. The family launched an online fundraiser and so far last night, more than £40,000 had been raised.

However, following The Irish News coverage, 247 Aviation Air Ambulance, a private company based at Belfast International Airport, offered to fly Ms Gorman back to Belfast for around £20,000.

Arrangements have now been made to fly Ms Gorman home on Saturday.

Her cousin, Laura Gorman said the family "can't explain how happy" they are.

She said doctors at the Faro hospital where Marti is being treated had described her as a "miracle".

"The consultant said to me `after the type of stroke your cousin took, her talking is unbelievable. She is a miracle. She is a strong, strong woman. You don't know how lucky you are'."

"The CT scan shows the big bleed is dispersing but very, very slowly. He said it does take time but he said `I am very, very happy for her to fly home on air ambulance," she said.

A 247 Aviation air ambulance is scheduled to leave Belfast International Airport at 8am on Saturday to make the journey to Portugal. On board, there will be an intensive care doctor, an anaesthetist, and a nurse, who is a family friend. Ms Gorman will be admitted to the Royal Victoria Hospital for further treatment on her return.

Laura said the air ambulance would cost around £22,000, adding that once medical expenses had also been paid, any remaining money would be donated to the Kevin Bell Repatriation Trust, which had donated £5,000 to their fundraiser.

"Marti cried but it was happy tears," she said.

"We are over the moon. We got her to phone her mummy and daddy, they broke their hearts.

"They are so thankful to the whole community. They can't thank people enough."