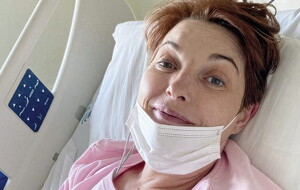 A WEST Belfast woman left fighting for her life in Portugal after suffering two strokes has been flown home by air ambulance.

Marti Gorman (48) arrived home on Saturday and was taken to the Royal Victoria Hospital where she is to continue her recovery.

It comes almost three weeks after she was admitted to an intensive-care unit in Faro after taking ill at the villa where she was staying as she attended a family wedding.

Ms Gorman, who works as a theatre technician at the Jubilee maternity unit, was left in a critical condition. But as her condition improved, her family were told she would only be able to travel home on board an air ambulance with a full medical team.

Relatives launched an online fundraiser and more than £40,000 was gathered,

Following The Irish News coverage, 247 Aviation Air Ambulance, a private company based at Belfast International Airport, offered to fly Ms Gorman back to Belfast for around £20,000.

The air ambulance left Belfast International Airport for Portugal on Saturday with an intensive care doctor, anaesthetist, and nurse - who is a family friend - onboard.

Speaking last night, her cousin Laura Gorman told The Irish News of the relief that she is home.

"I cannot describe the happiness of our whole family that Marti is home," she said.

"We are just so elated and relieved that she is back on Belfast soil.

"Marti said the 247 crew were absolutely brilliant, she said she wore an oxygen the whole way home, but they talked to her the journey and got her back safe.

"She's now at the stroke unit at the Royal to continue her treatment.

"There's been lots of tears, but the most important thing is that she's back home and she's with her mum and dad again too."

The family has said that the air ambulance cost around £22,000, adding that once medical expenses had also been paid, any remaining money would be donated to the Kevin Bell Repatriation Trust, which had donated £5,000 to their fundraiser.