Syabira Yusoff has been named the winner of the Great British Bake Off.

The 32-year-old cardiovascular research associate from London saw off competition from Sandro Farmhouse and Abdul Rehman Sharif in the final episode of the Channel 4 baking contest to take home the top prize.

After being handed the title during Tuesday’s episode, Syabira said: “Thank you so much. I can’t believe it, honestly it hasn’t sunk in yet, this is the biggest achievement in my life.

“All the hard work, the trial and error, it has all been worth it. I am very very proud.”

Throughout the series, Syabira made her mark on the tent with her unconventional flavours and unique baking style, earning star baker for three consecutive weeks.

When asked what it was like being a Bake Off finalist, Syabira described it as a “lottery jackpot”.

“I’ve never been the top person in any kind of competition or any classes that I’ve attended so maybe baking is my hidden talent that I didn’t discover until recently,” she said.

The amateur bakers had a group hug before embarking on their final bakes of the series, from which co-presenter Noel Fielding was absent.

The final signature challenge saw the finalists tasked with creating a summer picnic using seasonal ingredients from across the UK in an ode to sustainability.

The three-hour task consisted of making six mini-cakes, six individual vegetarian pies and six finger sandwiches made from a classic white loaf making it “the most challenging signature ever seen in a bake-off final”.

Syabira created a “no porky pie” using aubergine and mushroom, and a broad bean with coriander paste and salsa verde heart-shaped sandwich which judge Dame Prue Leith said was “unusual” but “really delicious”.

When setting the final two-hour technical challenge, judge Paul Hollywood said: “You only get one shot at this, try not to mess it up.”

Syabira placed second after her summer pudding bombe did not set, meaning Abdul secured his first technical challenge win of the series.

The 29-year-old electronics engineer from London has remained consistent throughout the competition and was awarded his first star baker in the semi-final.

The final showstopper challenge of 2022 tasked the finalists with creating a large edible sculpture in the theme of “our beautiful planet” with the display including a large cake base and showcasing a minimum of three baking disciplines.

Syabira opted for an orangutan holding up a forest with Hollywood praising the colours she had used but saying the face of the animal could have had more work.

Meanwhile, Dame Prue described the orangutan’s head, made up of tarragon shortbread, as “lovely and buttery and very crisp”.

Overall, Hollywood said: “It’s not the neatest thing I’ve seen, but your flavours are superb.”

Elsewhere, Dame Prue described Abdul’s choux buns on his bumble bee-inspired display as a “proper failure,” but called his biscuits a “triumph”.

Hollywood described Sandro’s final showstopper as “a bit messy” and his lemon sponge with a plum compote as being five minutes overbaked, but said the flavour was “amazing”.

He added: “I think you’ve struggled on a few things today but you’ve managed to do quite a lot in the time.”

Sandro, a 30-year-old nanny from London, was the first finalist to win star baker and impressed the judges with his highly decorative bakes throughout the series.

Having moved from war-torn Angola to start a new life in London when he was young, Sandro said: “Based on where I come from, and where I live, that was one of my doubts in applying.

“I thought this will never really happen to a boy like me from the ends.

“But it’s bigger than me. Being able to get here shows other young boys and young girls from the same background that they can also do it.”

After two years of Covid restrictions, the final meant friends and family gathered in Welford Park Estate with the series’ previous contestants to congratulate the winner.

Judge drops four of 11 counts against Harvey Weinstein at trial 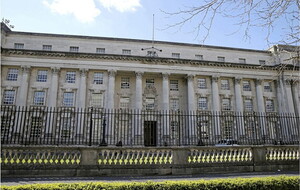 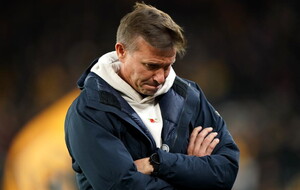