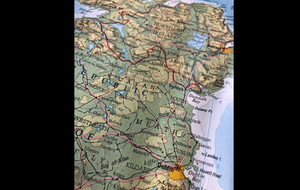 Declan Kearney was speaking after the latest Institute of Irish Studies-University of Liverpool/The Irish News survey indicated that support for a united Ireland is almost neck and neck with the pro-union vote.

The poll, published in The Irish News yesterday, found that less than one percentage point separates those advocating a united Ireland and those against.

Some 39.4 per cent of respondents said they would vote for unity if there were a border poll tomorrow, while 40.6 per cent backed the status quo.

The figures for a border poll in 15-20 years are even more encouraging for the pro-unity campaign, with the number supporting unification rising to 41.9 per cent compared to 33.8 per cent opposing it.

The South Antrim MLA said the poll, conducted between June 28-July 10, highlighted an "increasing trajectory in support for the reunification of Ireland".

Mr Kearney said there had never been a greater interest in discussing and planning for future constitutional change.

"Sinn Féin believes there must be an informed, reasoned and inclusive conversation on how Irish unity will deliver a new constitutional framework which guarantees rights, protections and equality for every citizen across this island," he said.

"The current situation in post-Brexit Britain and the resultant chaos, confirms the dominance of neo-Thatcherite ideology within the Tory party."

He said Ireland was "on the cusp of an historic opportunity to unravel the generational political, social and economic trauma" caused by partition a century ago.

"The planning for change which needs to be taken forward must be inclusive and sympathetic to every culture and tradition on our island," he said.

"This latest opinion poll provides new vindication of the need for the Irish government to establish an all island citizens assembly to advance that process."

Last week, Sinn Féin announced its own commission on the future of Ireland, which Mr Kearney said was a "forum within which we can begin to deepen a dialogue and understanding about the future".