She wowed the judges of BBC's Best Home Cook and now Suzie Lee, with the launch of her debut cookbook, is determined to show us all that Chinese cooking is easier than we think. She chats seafood noodles, spam sandwiches and accountancy with Jenny Lee... 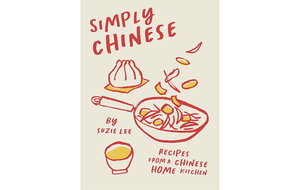 Suzie Lee believes that everyone is capable of cooking Cantonese food at home. Picture by Lizzie Mayson.

WHEN we hear a mention of 'Chinese food' we often conjure up the vivid images and delicious smells of familiar dishes like chicken fried rice, sweet and sour pork, spring rolls and chow mein.

However, Suzie Lee, the 2020 winner of the BBC's Best Home Cook and presenter of her own TV show, Suzie Lee's Home Cook Heroes, says that Chinese cooking is so much more.

"Cantonese cooking is all about playing around with simple and fresh ingredients. It's about making use of all those flavours and letting the dish do its thing. It's not as complicated as people think - everyone should give it a try," she enthuses.

"All the recipes can be made by people of all cooking abilities. Cooking should be fun and sharing the results with friends and family makes it all worthwhile," she insists.

The book is aimed at the home cook, with the majority of ingredients available from your local shop or supermarket.

Some of the ingredients might seem somewhat unconventional for Hong Kong cuisine – such as spam, corned beef, HP sauce, ketchup, condensed milk and Linton tea bags.

"Hong Kong was a colony of the British Empire for a long time and all of those things came over then. I don't think people realise that," explains Suzie, who includes a chapter in the book on Hong Kong Western Café Specials.

Her grandparents ran such a café in the courtyard of their home, in the seaside village of Tai Mei Tuk, and one of her childhood memories is waking up and eating a spam and egg sandwich.

"The egg is cooked with a little bit of chicken stock powder which gives it a really yummy flavour. My children now love this as much as I do, but we don't usually get white sliced bread or spam, so it has evolved into a ham and egg bap – which of course is a good old Northern Ireland bread roll," she laughs.

We may think that Northern Ireland is famous for a good old cuppa, but in Hong Kong hot milk tea is an institution - so much so that in 2017 the Leisure and Cultural Services Department of Hong Kong declared their tea-making technique as an 'intangible cultural heritage'.

Suzie shares the recipe in her new book, explaining how the addition of condensed milk and evaporated milk gives the tea its characteristic super-creamy taste.

Brought-up in Northern Ireland by her Hong Kong parents, who in 1980 established The Man Lee takeaway in Ballymacash, Lisburn, Suzie was surrounded by food and earned pocket money there chopping vegetables.

Annual travels home to family in Hong Kong, as well as experiencing the cuisine in Chinatowns around the world, from Sydney to New York, embedded her passion for Chinese food.

But it was Suzie's late mum Celia, a self-taught cook, who was her inspiration.

"She loved food and was so passionate about cooking," says Suzie about her mother, who passed away suddenly when she was just 16.

As well as some of Suzie's own creations like spring onion dumplings and garlicky scallops on glass noodles, she delved into the family archive whilst writing Simply Chinese and shares family favourites such as Hong Kong style chicken wings and Chinese cabbage and shiitake mushrooms.

"I had to really dig deep in the memories and discover the history behind the recipes. I found it quite cathartic," adds Suzie, whose favourite recipes include seafood crispy noodles, Grandad's special steak and her mum's char siu, green bean and egg hash.

"I thought this was a normal Chinese household dish, but recently I discovered that my mum merged two dishes together – leftover barbecue pork (char sui) thrown in with finely chopped green beans and eggs to make the perfect family dish. Mum always ensured we got all our nutrients in one go."

Having been brought up eating all kinds of seafood and even tripe, Suzie was keen to encourage her own children, Zander (7) and Odelia (4), to be healthy and adventurous eaters.

"We never had a choice as children, we just ate what the adults ate and that's the ethos I've brought my kids up on.

"They love being in the kitchen with me cooking, eating and communicating through food," adds Suzie, who continues to juggle her new-found career as a 'celebrity chef', with her own accountancy business.

"Winning Best Home Cook opened many doors, but I always describe myself as a chartered accountant who cooks. Cooking is my relief. I haven't lost the fun of it yet and hope to continue both," adds the 38-year-old.

The Queen's University economics and management graduate is a strong advocate for reducing food waste and offers tips on where you can substitute and re-use ingredients and how to make dishes last longer.

"My recipes are not restrictive. I believe in using up ingredients you have to hand. This is especially important in this current climate where the cost of living is so crazy," adds Suzie, encouraging people to experiment.

A regular on Ireland AM's Friday cooking slot, Suzie has also been busy filming for a new RTE programme and contributing to an upcoming BBC show.

"TV has been a lot of fun. I'm enjoying the craziness of it all," she laughs.

Simply Chinese: Recipes from a Chinese Home Kitchen by Suzie Lee is published by Hardie Grant books and released on August 18.

If you are using a fresh pineapple to present the dish, carefully cut it in half lengthways.

Cut around the edges, leaving a 1cm (½in) gap between the outer edge and the flesh (make sure you don't slice straight through the skin). Cut down either side of the core and remove it, then carefully score the flesh in a grid pattern so you can extract cubes of the pineapple with a spoon or knife. Then finely dice.

Heat the vegetable oil in a wok or frying pan (skillet) over a high heat. Add the onion, ginger and garlic and fry for a few minutes until fragrant, being careful to prevent the vegetables

burning, and adding a splash of water if they catch. Add the duck and fry for another minute, then add the basmati rice and chicken stock powder and toss everything together using a wooden spoon, frying for five minutes until piping hot and making sure there are no lumps of rice.

Add the Shaoxing wine, light soy sauce and oyster sauce and mix, then add the peas and pineapple and mix well. Taste and season.

Serve in the hollowed-out pineapple halves (if you used a fresh pineapple) or a large dish.

Ketchup Frankfurters is one of many recipes in Suzie Lee's new book Simply Chinese. Picture by Lizzie Mayson.

Heat the vegetable oil in a frying pan (skillet) over a high heat, add the frankfurters and fry for three minutes until they have browned and shrunk a little.

Add the ketchup, honey and a splash of water and toss for a couple of minutes, letting the mixture become sticky around all the frankfurters. Drizzle with the sesame oil

and toss to mix.

Taste and if you think the sausages need more seasoning, add a little bit more ketchup (for tang), honey (for sweetness) or salt and pepper.

Sprinkle with sesame seeds and serve. 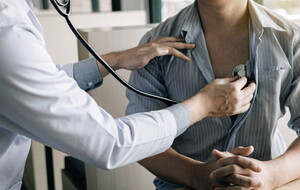