GRANEMORE will compete in their first ever Armagh Senior Football Championship final this weekend, against a Crossmaglen chasing their 46th county title.

The challenge for manager Niall McAleenan is trying to strike the balance between the excitement surrounding the club and focusing the players heads on the job in hand.

Speaking at Granemore's ‘Coffee Morning', McAleenan, who guided his native Warrenpoint to the Down decider in 2019, spoke about the community spirit in the St Mary's club.

“The buzz is really, really good and you see there this morning the amount of families and children down getting their pictures taken with the players,” said McAleenan, currently enjoying his first year in charge of Granemore.

“That's very good for the club and I suppose in any club, the senior team is the shop window of the club, and you want to try and promote it as much as you possibly can.

“It's good to have that togetherness and spirit and Granemore, that's the one thing I would have noticed about them since I've been in the area, is that it's a real community club. So, to have the community here this morning is absolutely brilliant.

“But at the end of the day, the most important thing for the players is to try and get a real good performance next Sunday at 4.15pm. The one thing I would say about the Granemore fellas is that they're a grounded bunch of players and they realise that we've achieved a wee bit of history by getting to the final and they don't want to stop there.

“Finals are for winning so hopefully next week we can go out and put in a good performance that we'll be there or there abouts. We're playing the aristocrats of Armagh football and I think they're going for their 46th title so it's going to be a really big task, but we'll give it a real go.”

Granemore have already beaten Pearse Óg, Mullaghbawn and Killeavy to reach Sunday's showpiece and they'll hope to go one step further and get their hands on the Gerry Fegan Cup.

But McAleenan is under no illusions of the tough test that lies ahead of his side. Crossmaglen are carrying the hurt of back-to-back final loses to Maghery (2020) and Clann Eireann (2021) and will be big favourites ahead of the weekend.

“Within Armagh and within Ulster, people are just expecting Crossmaglen to be in the first round of Ulster. Now it's up to us and really prepare the best we can and give it a really good shot,” added the Granemore boss.

“I do really just see it as another game of football and we're not going to face anything different that we've faced all year so we're just preparing for it as best we can.

“Yes, we're embracing the different things that are happening this week but really just focusing on going out and getting our performance right and if we do that then the results going to look after itself.”

Ryan McEvoy hoping to be cornerstone of future Kilcoo success 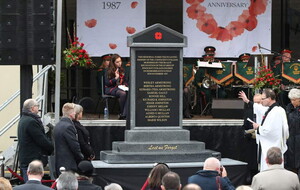 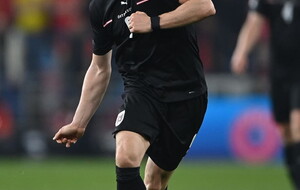