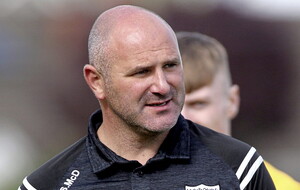 A BREAK in Tenerife last week illustrated to me once again how special the GAA is. There is a worldwide connection with our games that we can all connect with and relate to.

Over the course of the week and not for the first time, I was lured by the attraction of the Irish bar and it was there that we had many great conversations with people from all corners of Ireland.

Reminiscing about games and teams from bygone years and chatting about the level of commitment required to play our games nowadays.

That level of commitment can often be overshadowed for the club player because of what is now required at inter-county level, but many of us agreed that to play for your club now also requires dedication and commitment beyond where the game was at 10 years ago.

Last weekend was the final round of fixtures for most of the Armagh leagues and Killeavy played Armagh Harps in a winner-takes-all game to decide Division One.

I hated the fact that I was going to be away for the game but I was grateful for the fantastic service that Armagh GAA TV provide and because of the importance of this particular match, that was the one that was streamed live.

For people living abroad or indeed people unable to attend a match for one reason or another, this provides them with an opportunity to support their team even more and I have to give huge credit for the quality of the video work that was provided.

Unfortunately, Killeavy lost the game by one point but with a young and improving side, the future is looking very positive and this year’s club championship is one that I am looking forward to.

The influx of players that left to play football Stateside for the summer will also be arriving back over the next couple of weeks in time for championship football with their clubs and that will also help improve the overall standard.

Before I left for my week in the sun, I took in the Chicago Senior final between Parnell's and Pearse's.

On paper, you would have had the Parnell's as strong favourites but sport does not always work that way.

Apart from O’Hagan, who looked extremely sharp in the first half when direct ball was put into him, the rest were well marshalled throughout and you could tell that the Pearse's team got most of their match-ups spot on.

Goals win games and when presented with opportunities in front of the posts, the Pearse's players where absolutely ruthless.

To be a winner in any sport regardless of what it is, a ruthlessness must be shown during defining moments and the momentum they gained from scoring their first goal kicked them on towards their first title in 30 years.

THERE have been well-publicised issues within Down football for a while now, and looking from the outside, I don’t believe any of these issues stemmed from the management teams in place.

With the appointment of Conor Laverty though, I think this can go a long way to closing the divide that seems to be there with Kilcoo players refusing to line out for Down.

There is no doubt that a number of these players can compete for their place within the Down county set-up and maybe a bit of divine intervention from Conor will encourage them to step forward and represent their county.

It was the right call from the Down County Board to offer the position to Conor and with his youthfulness and knowledge of the game in the modern era, he will be a huge plus going forward for them.