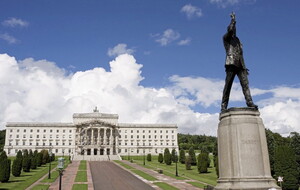 THE cut to MLA pay confirmed by Secretary of State Chris Heaton-Harris is on a similar scale to that imposed during the last period of Stormont stalemate.

Salaries will be reduced by 27.5 per cent from January 1 to reflect the fact that assembly members are not performing their job as legislators.

Basic MLA pay rose by £500 to its current level in April, under a system set by an independent panel in 2016 that agreed a rise would occur on April 1 each year if inflation criteria are met.

During the three-year period following the Stormont collapse of 2017, the British government cut MLA salaries to £35,888 from the £49,500 they had been receiving.

Upon the restoration of the Executive following the New Decade, New Approach deal in January 2020, pay rose to £50,500 to reflect inflationary increases during the time Stormont had been on ice.

After being established in 1998, members of the first assembly received a basic salary of £22,457.

Meanwhile, MLAs can claim up to £7,000 in allowances annually for running constituency offices.

This amount rose from £4,900 in 2020, leaving taxpayers faced with an annual extra payment of £4.2m to cover the increase when combined with higher allowances to pay constituency office staff – the maximum staff salary is now £36,100 - and an annual £8,500 for renting office space.

This boost was agreed by the Assembly Commission, which is responsible for MLA pay and pensions.

As for other elected representatives, the north’s 18 Westminster MPs claim a basic salary of £84,144, while members sitting on the north’s 11 councils receive no salary, but are instead paid an annual basic allowance of varying amounts depending on the local authority.