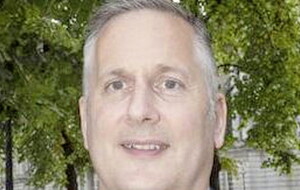 STEPHEN Farry is due to join nationalist MPs in a discussion about the potential for Irish unity.

In the wake of the controversy over the Alliance's snub to last weekend's Ireland's Future event in Dublin, the party's deputy leader will speak at the launch of Ben Collins' new book at Westminster on October 17.

Mr Collins is former unionist who now advocates for a united Ireland. His book – Irish Unity: Time to Prepare – is published this week.

Mr Farry told The Irish News that his party was "happy to take part in constructive dialogue on a without prejudice basis".

"However not every format will be conducive to our participation – Ben Collins' book launch will see an open debate," he said.

"By contrast, Alliance judged that our participation in Ireland's Future event this past Saturday would be tantamount to us taking a position ahead of robust debate around the issues."

The North Down MP, who was part of an Ireland's Future event at Westminster in June, did not rule out further engagement with the group.

"If we are ever to get to the stage of a border poll we need to include all views and perspectives – that’s why it is so good to have Stephen Colum and Michelle on the panel," he said.

"They are all elected MPs who represent a diversity of views and approaches on the constitutional question, not only on whether Irish unity is desirable but also on the best way to get there."

Mr Rooney said there had been a positive response to the evening event and that as far as he could ascertain "our audience are far from all being united Irelanders".