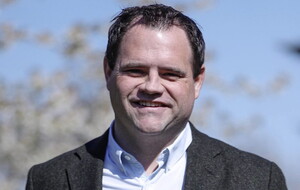 TWO of the key contributors to last Saturday's Ireland's Future event in Dublin have stressed the need for supporters of Irish unity to listen to and respect political opponents' opinions.

Tánaiste Leo Varadkar was jeered at the event for raising the possibility of a future federal, sovereign Ireland, while Green senator Vincent P Martin was heckled for suggesting a new state could be called 'Ireland-Northern Ireland'.

The two isolated incidents notwithstanding, the mood among the political contributors at the Together We Can event was positive.

Mr Varadkar's party colleague Neale Richmond, who also took part in Saturday's gathering at the 3Arena, said it would "stand as a seminal moment in the movement towards constitutional change".

"There were plenty of remarks from Saturday that I disagreed with, that’s the beauty of democracy," he told The Irish News.

“As our movement grows and the opportunities to lay our varied visions for unity grow with it, we will all come across opinions or views we disagree with."

The Fine Gael TD said that if constitutional change was to be achieved "then we have to be open to different opinions and in due course compromise".

"All the politicians on my panel on Saturday said there should be no red lines, let’s embrace that, being open to new ideas will allow this move from a conversation to a reality," he said.

Fianna Fáil TD Jim O'Callaghan said it was important that the debate about reunification was "not presented in monochrome".

"No one person or party or group has a monopoly on what a unified island would look like – the advantage of the weekend event was that people from different political backgrounds and varied visions came together to discuss Ireland’s future," he said.

"The fact that there is no predetermined viewpoint as to what the island should look like is an advantage and should be used in order to broaden this debate about what could be an unprecedented achievement: partitioned jurisdictions deciding through reconciliation and understanding that their futures and different identities would be best served and protected by coming back together."

He said it was quite remarkable that 5,000 people paid €10 to gain entry to an event of that kind on a Saturday afternoon.

"We heard a wide range of opinions on the broad subject of constitutional change – 34 participants in total, over a three and a half hour period and there wasn’t a dull moment," he said.

"It was important for us that the keynote speaker was somebody of the stature and background of Jimmy Nesbitt. His contribution was phenomenal. I also think people should take the time to digest Leo Varadkar’s contribution carefully, particularly his point on sovereignty."

Mr Carlile said that while there were differing views on "process and timing" there was now "significant alignment among the main parties and broad civic society".

Ireland's Future's next event will take place at the Ulster Hall in Belfast on Wednesday November 23 at 7pm.