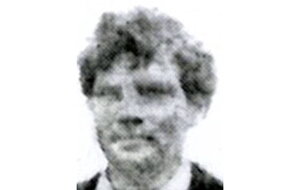 John Pat Cunningham, shot dead by the British Army in 1974 at Benburb, Tyrone

A memorial garden inside an army barracks in Co Down was designed as a place of pilgrimage for the families of the security forces killed in the Troubles and other conflicts, raising further questions why a stone was laid for a former soldier who died of natural causes while on trial for attempted murder.

The designer and long time custodian of the garden, situated within the Palace Barracks in Holywood, said last night "it was not his fault" when asked about the laying of the memorial stone to Dennis Hutchings.

On the memorial garden website, it states the "quiet corner of the Holywood Army base has become a poignant place of pilgrimage for the bereaved families of the security forces personnel killed in the Troubles in Northern Ireland and other conflicts around the world over the last 50 years"

John Ross, a former member of the Parachute Regiment and one of the organisers of a service to dedicate the stone, said he did not have anything to add to a "full report" of the event in a newspaper on Monday. The event was attended by members of Mr Hutchings' family.

Mr Ross told the News Letter: "The memorial stone was unveiled in the Palace Barracks Memorial Garden which contains several memorials to other veterans, so it was fitting."

The main memorial in the garden is dedicated to those members of the armed forces who lost their lives in conflicts following the Second World War, including Northern Ireland and, most recently, Afghanistan and Iraq. There is also one dedicated to members of the RUC killed during the Troubles.

Mr Cunningham, 27, was shot three times as he ran from a British Army patrol in Benburb, Co Tyrone, in 1974. He was described by his family as a "vulnerable adult who posed no threat" prior to being killed..

"The Cunningham family accept the right of all citizens to honour and commemorate their dead but, in the specific circumstances of this week’s events, would like to ask the Ministry of Defence the basis for allowing a monument to be erected on MoD property," the family said in a statement issued through the Pat Finucane Centre.

They further noted: "Dennis Hutchings did not die on active service but passed away of natural causes." Mr Hutchings served in the army for 26 years but was retired for several decades prior to his death.

The MoD, which maintains the Army is not consulted on private memorials, said: "The Palace Barracks Memorial Garden is not an officially recognised MOD memorial. Memorials are erected and maintained entirely at private expense.”

It added the National Memorial Arboretum is the official memorial to the armed forces since the end of the Second World War. .

The family described as "hurtful" the laying of the memorial stone within the ground of the army barracks, with the Pat Finucane Centre adding that the family could have held a service and erected a memorial near the late veteran's home in the south of England.

They added: "He had never offered any explanation of his actions to police on the day that John-Pat was shot dead. He refused to cooperate with the RUC in the immediate aftermath."

Mr Cunningham's relatives are also asking the MoD "what efforts, if any, were made to consult them over erecting a monument to the man accused of murdering John-Pat, a vulnerable adult who posed no threat".

Belfast Blitz plaque back on show year after theft