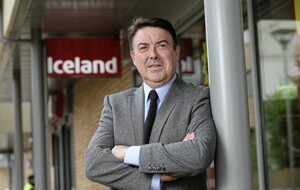 SUPERMARKET chain Iceland has signed a new deal with Lisburn-based logistics firm McCulla as part of its efforts to adapt its Northern Ireland supply chain for the post-Brexit protocol landscape.

The head of the frozen food retailer’s Irish operations, Ron Metcalfe, said the storage and services arrangement with McCulla complements its long-standing relationship with DHL, which centres on a depot in Mallusk.

Iceland, which opened its 37th store in the north on Tuesday, previously supplied its supermarkets here directly from a depot in Livingston on a store-by-store basis.

But Mr Metcalfe said it is now bringing in goods by pallet loads and distributing from two local depots.

As of October, that now includes McCulla, which last week launched a recruitment campaign seeking new warehouse operatives for its Lisburn depot.

“Obviously since Brexit, we’ve felt the need to get more warehouse space in Northern Ireland that could support both northern and southern Ireland,” said Mr Metcalfe.

“There are different strategies we’ve put into place since Brexit to make sure that we have the easiest and most economic route to market.

“It allows us to bring full pallets into Northern Ireland rather than what we used to do, which was pick by store.”

McCulla’s managing director Peter Summerton has been among the most vocal critics of the Northern Ireland Protocol.

Last month he told a committee of the House of Lords that the post-Brexit arrangement in its present form was “fundamentally flawed”.

Mr Summerton, who is also a member of the Road Haulage Association (RHA) has also spoken of the increased cost and bureaucracy for his business.

McCulla's Peter Summerton (left) with Liz Truss (centre) during her visit to the Lisburn premises in May 2022 to discuss the protocol in her capacity as UK Foreign Secretary. Picture by Niall Carson/PA

However, the protocol and the subsequent surge in north-south food supplies, appears to have created some new business opportunities for the north’s wholesale and distribution sector.

The Craigavon-based company, which has operations across Europe, has notified Antrim and Newtownabbey council of its plans.

Industry monitor Construction Information Services Ireland estimates the project will involve an investment of around £23 million.

Ron Metcalfe said the protocol had created more paperwork, but he said the addition of the new depot with McCulla ensured the supply operation remained “fluid”.

Of Iceland’s stores in the Republic, added: “It’s a lot more complicated and there’s a lot more paperwork. But we’ve started to get around a lot of the complexity now.”

The managing director said there are potential opportunities for food companies on both sides of the border within its supply operation.

“It feels like both sets of suppliers are benefitting from moving local products north or south.

“It seems very advantageous for the local suppliers.”

Iceland currently operates 35 of its ‘core’ stores in Northern Ireland. But its biggest area of growth is within its relatively new Food Warehouse brand.

The group has previously said it wants to eventually open a dozen of the large outlets around the north.

“Certainly The Food Warehouse is where our growth is at the moment,” said Mr Metcalfe.

“We continue to grow in Northern Ireland, we see it as an important part of our business.”

The retail boss said the new west Belfast demonstrated the group’s confidence in the north’s marketplace.

“We’re trying not to pass on cost price increase, although it’s very difficult at the moment."

Mr Metcalfe said alongside price discounts over the over 60s, Iceland had committed to keep around 500 products ‘frozen’ at £1.

The company has also partnered with an electrical company to develop its own affordable air fryer.

“All we can do is support the consumer as much as possible and make sure we’re still delivering value to Northern Ireland consumers.”