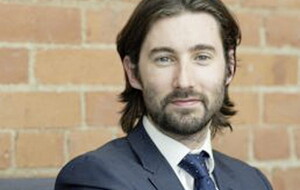 THE Derry-based Martin Property Group has confirmed the acquisition of a massive portfolio of retail and student accommodation space in Britain for an undisclosed sum.

The family firm, which has been snapping up a number of high profile commercial assets in Belfast in recent months, said the deal with Dutch pension fund Stichting Mars Pensioenfonds (SMP) includes 1.2 million sq ft of retail space across six shopping centres.

The Martin group already owns a considerable property portfolio across the island of Ireland and Britain, including the Richmond Centre in Derry and Danesfort building in Belfast.

An unspecified portfolio of student accommodation was also part of the deal.

SMP's decision to sell the assets followed an internal strategic asset liability review. The pension fund said it chose the Martin Property Group on the expectation it will be able to support the long-term potential of the shopping centres.

“We are delighted to complete this transaction and become the custodians of these important assets in locations right across the UK, particularly at time where shopping centres require hands on asset management,” said Gary Martin.

“We will be focused on stabilising, repositioning and where possible developing the assets further.

“We look forward to working with the councils in each of these locations as they will be an important part of the future success of these assets.”

The Derry-based asset company already owns a number of shopping centres in Britain.

Mark Addley, partner at PwC, which acted as lead advisor during the deal, said: “We are pleased to have successfully delivered this transaction which demonstrates there is continued interest in supporting and investing in UK high street assets underpinned by a solid strategy, even though we are facing challenging economic headwinds.”