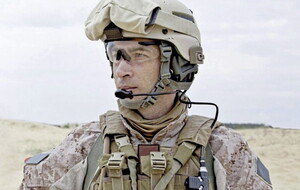 Cooneen by Design is part of the Cooneen Group, whose clients include the US Army, for whom it provides bullet-proof vests

TYRONE textiles firm Cooneen By Design, a major supplier of uniforms and clothing to police and military forces around the world, saw profits almost halved in the last trading year in what directors described as "very competitive market conditions".

The company, which is registered in Ballymena but is headquartered in Fivemiletown, runs a number of subsidiaries including Cooneen Defence, Cooneen Protection and Cooneen at Work.

The group, founded in the mid-1960s and part-owned by veteran millionaire industrialist John B McGuckian (82), makes clothing products which range from highly specialised military gear, to nightwear for children and character bedclothes featuring cartoon characters like Peppa Pig.

Formerly known as Cooneen Textiles, the company's payroll fell by 30 over the year - down from 218 to 188.

Its total wages bill for the period fell slightly from £7.6m to £7.2m

Besides its operations in Tyrone, the group also has offices and operations in Eastern Europe, the United States, Asia and the Far East.