TYRONE-based textiles firm Cooneen By Design has described market conditions over the last year as "very competitive" after posting results generally in line with those of the previous trading period.

Seen as one of the largest and most diversified garment manufacturers in Europe, with a stable group of companies operating in a range of clothing markets globally, Cooneen reported sales of £70.4 million in the 12 months to the end of last November.

And it means the group - which is part-owned by millionaire industrialist John B McGuckian (81) - now has assets of £73.2 million.

The accounts show that the company, formerly known as Cooneen Textiles and which trades principally from Fivemiletown, increased its payroll over the year.

Its key directors were paid a total of £462,660 (a slight increase on the previous year), with the highest paid of them - group managing director Eugene Greene - earning £299,807.

Cooneen has more than 50 years' experience in the clothing industry, manufacturing products as diverse as military gear, character bedclothes and nightwear for children.

During the pandemic it has been active in supporting communities by manufacturing face coverings and assisting the national volunteer networks created to produce scrubs for the NHS.

Besides its operations in Tyrone, the group also has offices in England, China, India, Bangladesh and the US. 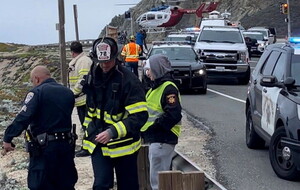