Ahead of their Irish shows celebrating the 20th anniversary of hit album The Invisible Band, Richard Purden chats to Travis leader Fran Healy about surviving an LA carjacking, being a Celtic fan in an band of Rangers men and why working class musicians have a unique hunger to their craft which just can't be emulated... 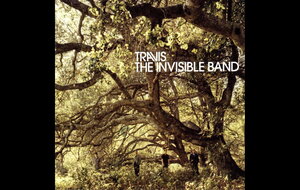 FRAN Healy's Glaswegian character comes in handy on occasion: the Travis frontman recently hit the headlines as the victim of an attempted carjacking in LA.

"I was driving from the studio on Sunday night and I saw who I thought was the security guard," he tells me when we sit down for a Zoom chat ahead of Travis's upcoming shows in Derry and Belfast next week.

"I said 'Hey man' and then this guy says 'They are trying to kill me, let me in your f***ing car' – the next thing he grabs me and is pulling me through the window and I'm hooking him in the face.

"I just went for it because it was fight or flight. I managed to drive off and called the cops, he was mentally ill thinking people were trying to kill him and is probably in jail now."

The Celtic mix of Scottish and Irish is, as Healy suggests, "like a superpower, people are not always going to expect it, because when you go, you go".

The singer and guitarist is looking ahead to the upcoming Irish dates as a sort of homecoming.

"Half of my family is from Northern Ireland", he explains.

"My father's parents were Irish and my mother's grandparents. Half of them came from Ireland, with my dad it was the Enniskillen area, so there's definitely a connection with the shows there. They are always brilliant, we can't wait."

As a Glaswegian from an Irish Catholic background who's in a band of Rangers fans, he suggests Travis are living proof that "Celtic and Rangers fans can live in perfect harmony, because we are three Rangers fans and one Celtic fan".

He continues: "The fact that Irish people came over and mated with Scottish people, you got this ultra vibrant Celt that exists in Glasgow, you carry your nationality – but even more than being Scottish, I'm a Glaswegian, the 'double Celt'."

Originally raised in a tough part of Glasgow, Possilpark, sectarianism was commonplace in the city.

"At playtime, there would be chucking stones, this was the late 70s and early 80s. I used to get jumped and asked, 'What team do you support?' I got a doing [beating] for it, so I have bad memories of football and religion.

"I watch Celtic and Rangers - Dougie in the band is very happy at the moment as Rangers have had a good run. It's funny because they are now the underdogs. Celtic were always the underdogs before.

"Frank McGarvey I loved, he used to live next to my Aunt Rosemary. I saw him once on the doorstep, he was the first famous person I saw and it freaked me out, he looked normal because he wasn't in his strip. Danny McGran was great, also Roy Aitken and the 'Feed The Bear' chant."

Travis are marking the 20th anniversary of their third album The Invisible Band with a their current tour on which they will perform the entire record in full. The 2001 long-player produced a string of hit singles such as Sing, featuring an unforgettable banjo riff.

"They're old and folky," says Healy of the instrument.

"It's got this thing – as soon as you play it, you are in a zone. It was brought to a contemporary-sounding song and twisted it a bit, like mixing Irish and Scottish, you get a certain blend. I love the banjo."

Flowers In The Window is another staple in the band's set-list, created in France at the studio of engineer/producer Mike Hedges, (U2, The Undertones) who persuaded the Travis leader to write something then and there.

"He'd had all these other bands there and he said, 'Everyone that's come here has written a song, a really good one'," explains Healy.

"It did encourage me. I sat down at the piano looking out at this garden full of flowers and finished it the next day."

Playing the album in its entirety will allow Fran, as he suggests to tell "a few wee stories between the songs". Aside from playing the hits, including some from their 1999 number one album The Man Who, these shows will allow space for lesser played deep cuts such as Pipe Dreams, which features the lyric:

I stood in line and a thought crossed my mind
I had been dreaming but I didn't mind
I signed the line and the woman looked right through me.
She didn't smile.

"It was about signing on the dole," explains Healy.

"The song was about that sense of don't get too caught up, we're all going to the same river in the same waterfall and that's a very levelling thing."

The band's first album, Good Feeling, was released back in 1997. It featured their euphoric debut single All I Want To Do Is Rock, a favourite of Noel Gallagher, who would join Travis onstage when they were supporting Oasis during the Be Here Now Tour.

"Noel would play electric along with us every night, he would plug in at the side so we got him on stage to do it. They are the coolest guys and I had a lot in common with them, they were also from working-class single-parent families.

"When we were playing with them in America, we wanted to blow them off the stage every night and we gave them a run for their money a few times – they loved that, because then they would play a better show than they would have done.

"Noel and Liam are both very smart, funny guys and they were so welcoming to us."

It's probably fair to say both Travis and Oasis were not typical of the era. Healy shared an Irish diaspora working-class connection with the band but he suggests their visibility in the music industry wasn't to last.

"If you go through the history of rock 'n' roll, you can count the people from working-class backgrounds on your hands that get through the firewall to the top. It's a very middle-class thing populated by people whose parents have a disposable income.

"I would never take that away from them, but when you're on the edge and your mum has to scrimp to get food on the table and when you've had a rough time, there's a longing in your music that you can't get any other way.

"Live Forever [Oasis] and Turn are good examples of, 'I need to get out of here, take my thing and fly with it'. You wouldn't get that if you were comfortable, even when you do make it that never leaves you.

"I still worry it will all be taken away and that's a good thing: it makes you hungry and infuses whatever you do with a longing."

:: Travis will perform The Invisible Band at The Millennium Forum, Derry, on August 11 and The Waterfront Hall, Belfast, on August 12. Tickets via travisonline.com

Music: ‘You've got to give it a go – there's no way you would forgive yourself if you didn't' 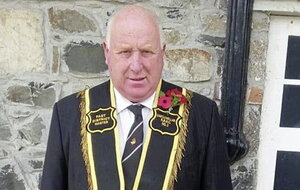