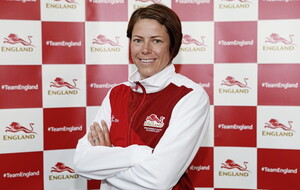 CIARA Mageean wore a wide smile as she swapped the sun of the track for the shade of the mixed zone at the side of Birmingham’s Alexander Stadium yesterday – and she hopes there will be reason for further cheer in tomorrow night’s final.

The Portaferry woman came though a slow-run heat with no fuss, controlling the pace from beginning to end to cross the line first and seal her spot in the decider. It is then, she knows, that the serious business really begins.

Scotland’s Laura Muir – a 1500 silver medallist at last year’s Tokyo Olympics - is in the mix for gold, even though she will also be contesting the 800m final, and Mageean will have to continue her impressive recent form to push for a spot on the podium.

“I was happy with that,” she said, “the aim was to get through to the final so the job’s done. Now I have to get back and get recovered for the final on Sunday.

“I got myself in really good shape last year, tore my calf before the Olympics, had a rocky cross-country season because I needed to sort out an injury in my knee, but all that’s behind me. I feel in great shape so I’m not dwelling on that. I’m just focusing on being strong and getting what I want out of that final.

“I’ve had some good 800s, came back from a camp in St Moritz and ran 1.59 again over the 800. I know my speed’s there, I know I’ve put probably one of my best blocks of training in under my new coach, Helen [Clitheroe], and it’s fantastic to have such an experienced athlete in my corner.

“Helen has been to many a Commonwealths game so it’s lovely to have her expertise.”

Like her English coach, who still competes on the senior circuit, Mageean is not short of Commonwealth Games experience either.

The 30-year-old made her bow as a teenager at the 2010 Games in Delhi, finishing 10th in 1500m, before travelling to the Gold Coast four years ago.

Mageean was in a good position at one point Down Under, sitting in fifth spot, only to lose ground on the final run to finish 13th, clocking 4:07.78 – which was then her fastest 1500m time at a major championships.

However, that memory will be banished as clock ticks down to tomorrow night’s final, with Mageean confident she can add another medal to the growing Team NI haul.

“I was a wee youngster at my very first one, and then I had a rocky second Commonwealths so I feel I’m in the best place ever for this Commonwealth Games,” she said.

“Every major championship prepares you for what’s going to come next. I definitely have a medal chance, and I’m taking confidence from that.

“I feel I have unfinished business in the Commonwealth Games - I was disappointed in the last Commonwealths not to do better so I want to get out there and really do Athletics NI proud because they’ve been fantastic for me and all the athletes coming up.”