I'VE spent the best part of 30 years covering Championship level golf all over Ireland but last week, in a break from the norm, I put the pen away and played in my first Irish Championship.

In what was quickly branded as operation ‘don't finish last' I took my place in the 40-plus field at the inaugural Irish Open for Golfers with a Disability which was staged at the Christy O'Connor Jnr-designed Roganstown GC, just outside Dublin.

The tournament, run by Golf Ireland (Irish golf's governing body) under the auspices of the European Disabled Golf Association attracted an international field and was won by England international Bradley Smith.

Smith a right leg amputee from Royal Cromer finished the two-day (36-hole) event on +1, a shot clear of Ballinasloe's Aidan Grenham after carding rounds of 69 and 74.

I didn't make any significant impact at the upper echelons of the leaderboard but I didn't disgrace myself either. Operation ‘Don't finish last' was reasonably successful. Granted I finished 21st out of 26th in the gross category but in the nett category I finished a respectable tied seventh.

And for any of the non-golfers who are reading this – that means I was pretty average – I finished well out of the prizes.

I would like to have scored better. I actually struck the ball well but I struggled on Roganstown's undulating and speedy greens. You always finish a round of golf feeling that you could have done something a wee bit better but truthfully, I never harboured any genuine aspirations of success.

The fact is that golf is playing catch up when it comes to issues of accessibility and inclusion.

To their credit, Golf Ireland recognises this fact and are rolling out initiatives to encourage clubs to be more open and welcoming while at the same time trying to attract more people living with a disability to give golf a go.

The physical and mental health benefits of the game are well established. Granted it may on occasion cause the blood pressure to rise but it's a low impact sport that's played outdoors and is social by it's very nature [and by that I'm not simply referring to activities in the club bar].

The Irish Disability Open is a significant part of Golf Ireland's strategy, particularly from a visibility perspective. You may have heard of Dundalk's Brendan Lawlor, the world's number one ranked disability golfer. You may even have read about amputee golfer Gareth McNeilly in these very pages. Gareth recently led an Irish team to an emphatic victory in the 2022 European Team Champions for Golfers with a Disability.

This type of success and the positive media headlines will hopefully speed up the inclusion process.

Next year's Irish Open for Golfers with a Disability has already been confirmed for late June at a venue yet to be announced. Fingers crossed I'll be fit and healthy enough to play again. I've got a taste for Championship golf. Planning for operation ‘do better than last year' is already underway. 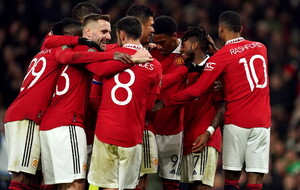