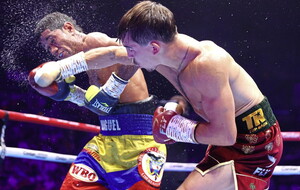 ANTO Cacace admits he had given up on reaching world title level but the Belfast super-featherweight – so often touted as an under-achiever in Irish boxing – is there at last.

The IBO belt isn't one of the marquee titles but winning it would certainly put Cacace into position to challenge for one of the more sought-after belts in the super-featherweight division.

“I'm just delighted to be in this position,” said Cacace.

“I never thought I would have been. People discredit the IBO title but for me it's an opportunity and it's a pay-day. Magnesi is highly-ranked so if I beat that calibre of opponent and win this belt then I'm right in line for any of the other titles.

“I'm 34 in February so I'm no spring chicken and I would see this as probably my last shot at a world title but I still have the British title – I don't have to vacate – so it's certainly not my last fight if things go wrong.

“I feel like there's a lot more to come, I haven't shown anything like my full potential so we'll have to see how things pan out but I feel ready. I feel like I'm boxing well and I've fought guys like Magnesi before and I've had their number. I'm quietly confident.

“He's a great fighter but I've fought people like him before even in my amateur days and I've very rarely lost over short rounds. I have to take bits from that but I know he's very fit and he comes forward for 12 rounds so it all depends on how my preparation goes.”

Cacace, based with coach Ian Mahood in Carrickfergus, explained that his big break came after Sean McComb got involved in a Twitter exchange with Magnesi's New York-based promoter Lou Di Bella. McComb suggested his friend as a possible future opponent for Magnesi, Di Bella sent Cacace a message and, after some straightforward negotiating, the fight was made.

Cacace has strong Italian roots. His father hails from near Sorrento and ‘the Apache' intends to add another chapter to the full-blooded Napoli-Lazio rivalry against Rome-born Magnesi.

“He wants me to destroy this guy, he doesn't want me to get beat by another Italian. Napoli and Lazio hate each other so this is a good rivalry.

“He (Magnesi) thinks he's going to wipe me out in a round or two and that's exactly what I want. If I was fighting a person who had the same career as me and was in the position that I'm in at the minute, I would feel very confident but the fact of the matter is that I feel fresh.

“Ok, I haven't had the ring-time but I had over 200 amateur fights, I've had 20 professional fights and I think this is just in me. Maybe I'm wrong but that's the way I feel, I don't think my age and my inactivity is going to play a big part.

Cacace has another month to sharpen up and there's a possibility that he might travel to Spain for some quality sparring. Alongside that, he promises to leave no stone unturned and says he'll be in terrific shape come fight night.

“I want to work my lungs as much as possible to get me used to these 12 rounds,” he said.

“I'm doing a lot of sprints, pads, bodybags, running, I'm training three times-a-day on Monday, Wednesday and Friday… I am flat out.

“Everything is going well, mentally I'm in a great place, I'm happy so bring it on.”

MICHAEL Conlan will return to the ring in early December and Belfast, New York and England are all possible venues for the world title-chasing featherweight.

Conlan headlined a terrific fight night at the SSE Arena earlier this month and boxed his way to a clear-cut decision win over experienced Columbian Miquel Marriaga. He had ‘the Scorpion' down three times but still had to survive a torrid minute in the final round to clinch the decision and said afterwards that he was prepared to fight any of the champions in the featherweight division.

Conlan's stated aim is a rematch with Leigh Wood, the Nottingham native who knocked him out in March, but Wood's promoter Eddie Hearn is steering Wood towards a fight with Mauricio Lara.

Rey Vargas holds the WBC belt. The tall Mexican beat Mark Magsayo to win the title in July and after wreaking havoc with a series of KO wins in his super-bantamweight days, he hasn't forced a stoppage win since stepping up to featherweight.

Josh Warrington holds the IBF belt and has recovered from having his jaw broken by Kiko Maritnez in March. Despite his injury, the Leeds Warrior stopped the evergreen Spaniard in the seventh round.

WBO champion Emanuel Navarrete made the third defence of his title last weekend with a stoppage win against challenger Eduardo Baez and has been linked with Conlan in the past.

Meanwhile, the next Conlan Boxing show is likely to be held at the Ulster Hall but a Galway venue is another option. Wherever it is held, Pody McCrory will headline the bill in a battle with Gustave Tamba for the EU super middleweight title and Galway native Kieran Molloy, Kurt Walker and Paddy Donovan will also feature.

WHERE now for Anthony Joshua after he lost his rematch to WBA, IBF and WBO heavyweight champion Oleksandr Usyk on split decision? The 32-year-old is determined to fight on.

US judge Glen Feldman had Joshua winning the fight but thankfully the other two judges at ringside didn't agree. Although several of the rounds were close, Joshua lacked the mobility to handle Usyk's superior movement and, although he had his moments, particularly when he targeted the Ukrainian's body, he couldn't match his hand speed and accuracy over 12 rounds.

It was a far tougher fight for Usyk second time around as Joshua showed his courage and discipline to challenge right until the final bell, but the Ukrainian southpaw is operating at a higher level.

A unification match with Tyson Fury – if he can be tempted out of retirement - is now the most anticipated contest in boxing and, as Usyk and Fury vie to become the undisputed champion, Joshua will aim to reel off the wins that grow his confidence and offer a route back into title contention.

The plan is for him to fight again in December and to stay busy with as many as four outings next year. Expect one or two tune-up fights before the likes of Deontay Wilder, Dillian Whyte and Joe Joyce come into view.

Joshua has now lost three of his last five fights but he earned in excess of £30million on Saturday night so, when he does retire, he will do so a wealthy man. His role in injecting renewed interest into British boxing as a crossover star is undeniable but when this era is analysed, Usyk and Fury are the names that will stand out.

Seconds Out: Cooke has the recipe for future success says Dee Walsh 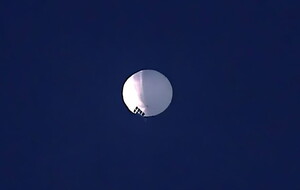