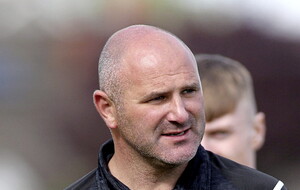 IT is often said that a bad game of Gaelic football is as good to watch as a great game of soccer and as a fan of both it’s a claim I tend to agree with this.

Even in a bad game of Gaelic football, there will always be something that happens that makes you realise that we are indeed very fortunate to have the GAA in our lives.

At a rough guess, most of our games provide at least 20 scores during the 60 minutes played and sometimes we label some of those as dour contests. Compare that to a nil-nil draw in a soccer match and then you know how lucky we are.

I’m not going to bum and blow about our games because there are aspects of it that I dislike a lot. I can’t stand the lateral and backways passing of a ball when there is an opportunity for a player to break a line at pace. I can’t stand the lack of support players get sometimes when isolated on the ball that ultimately ends up in a ball being turned over.

With the fitness levels and the speed they have now, it would take players at full tilt a matter of seconds to prevent these situations, and it creates endless amounts of chances. But too often the risk factor creeps into play and therefore it leads to a game-plan built more around possession, and less about opportunities.

I witnessed this on many occasions over the weekend having watched several of the Armagh Senior Football Championship first round games. When players fully committed to running at pace (and pace is the key word) and decided that they would start to break lines, they had success.

Silverbridge were extremely unlucky in their game against Crossmaglen. They had a chance to beat them but a lack of belief in the final quarter was their downfall, but most of their success and good play came from when Jarly Óg Burns run direct at the Crossmaglen defence and support runners went with him. Their second goal came from this type of scenario and it caused some issues for Crossmaglen.

The same can be said about the Mullaghbawn v Clann Éireann match. As county champions, you would have expected Clann Éireann to see this game out, particularly when it was in the melting pot in the final minutes, but it was the directness and pace of Mullaghbawn’s Declan Loye from midfield that caused the 2021 winners’ issues at the back and ultimately led to match-winning scores for his team.

There is no point in being the fittest player or the fastest player on the pitch if you are not prepared to use it to your advantage during a match, and playing football should always have a level of risk involved in it. I’d much rather lose a ball in an opponents’ half of the field having a go than to be turned over by playing a ball sideways in our own defence. Players that properly look at their own game to look for improvements could learn a lot from the players named and how they generated openings for their team.

This is all about a running style though and as we know, no matter how fast you run, you can never go as fast as a ball being kicked, and this was sublimely demonstrated with Cian McConville’s diagonal ball in for Crossmaglen’s goal that sealed the deal for them. There were a few things that made this finish great. First of all, the clinical thought process that Cian showed and his awareness and vision to play the ball through in horrible conditions. The second part - and possibly the most important part - was the movement of the Crossmaglen inside forward. He could have easily run out in a straight line towards the kicker, which a lot of players seem to do now, but he opted to check his run and go behind the defender into the space in front of goals and from there, the scoring of the goal was the easy part.

This type of movement from a forward is a joy to watch and the finish was low and hard off a skiddy surface, which is what you want. In the difficult conditions, this was a great game of football that could have gone either way and that is exactly what we want from the Armagh club championships.

"It's only one game..." Mullaghbawn poacher Shea Loye looks ahead to Armagh quarter-final test 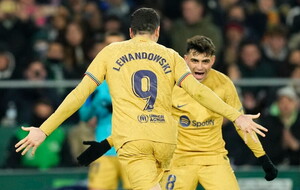