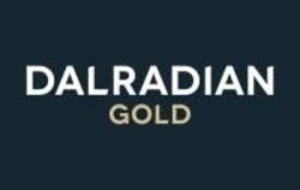 The end of lockdown offers an opening to build real prosperity for Tyrone and the rest of Northern Ireland. Dalradian plans to realise that opportunity by creating a new industry – one that will deliver hundreds of jobs and long-term advantages for local families and businesses.

"Our proposal for an underground gold, silver, and copper mine in Tyrone represents one of the largest private-sector investments ever proposed for the region. It will have major positive economic and social impacts, just when we need them most."

Similar projects – such as the Lisheen mine in Co Tipperary, and Tara Mines in Co Meath – have delivered enormous benefits to communities across Ireland. Cononish Mine in Tyndrum, Scotland, is also an excellent example. It operates in Loch Lomand and Trossachs National Park and employs people from the local community. Dalradian wants to recreate that success in Tyrone.

So, who is Dalradian, and what are its plans for an underground mine? 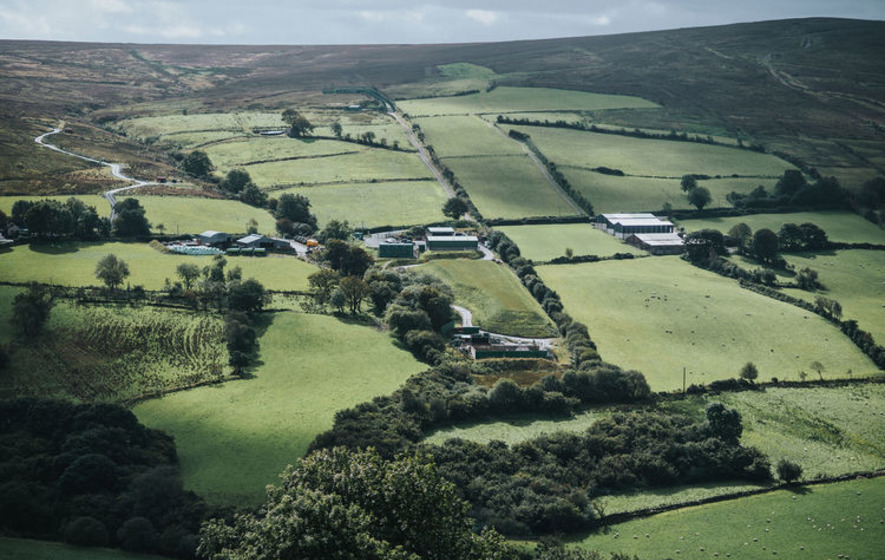 Dalradian’s mineral exploration site includes a water treatment facility and rehabilitated waste rock store. £130 million has been invested in exploration, environmental and engineering studies to prepare the project for development

Dalradian's project is at the edge of the Sperrins Mountains and holds one of the most promising undeveloped gold, silver and copper deposits in the world.

The existence of valuable minerals in the area has been known for centuries (small particles of gold were recorded in the Moyola River as early as 1652) but extracting large quantities has not been possible until now.

That is because the veins of gold that run through the rock do not contain large nuggets. Instead, microscopic particles of gold, silver and copper are bound into the rock, along with pyrite – or 'fool's gold'. Extracting these minerals requires modern exploration and underground mining methods.

Dalradian is a mineral exploration and development company that has been researching how to realise the project’s potential since 2009 when they were issued prospecting licences by the Northern Ireland government. Dalradian has invested more than £130 million in exploration, test mining, engineering and environmental studies. They aim to maximises the benefits for the community and other stakeholders while minimising the impact on the environment.

Gold, silver and copper all have contributions to make to the green economy. They are important for tech industry supply chains, and copper will play a central role in decarbonising the world's energy supply. That's because copper's unmatched thermal and electrical conductivity makes it crucial for components used in wind and solar power generation.

Dalradian's research work culminated in November 2017, when they submitted a detailed planning application to the Department for Infrastructure (DfI), requesting permission to build an underground mine. The plans outline a modern mine that sets a new standard for the industry in terms of environmental protection and use of best available technology. 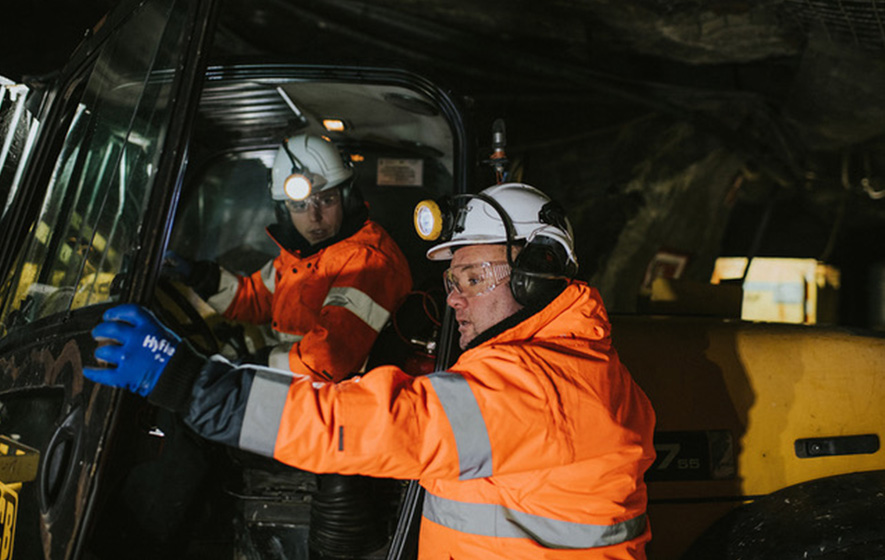 Opportunity: Dalradian has plans to invest £15 million in training to advance regional skills and expects to create 1,000 jobs for local people to avail of, including 350 direct jobs at the mine

Peter grew up in the Curraghinalt area. "Nearly every house in the immediate area has had someone work on the project, or for a Dalradian contractor at some time," he says to illustrate the mine's potential economic benefits.

"In the past decade, we've already employed around 200 people, used more than 200 suppliers from Tyrone, and engaged another 250 from the rest of Northern Ireland."

To date, 35 students have received work experience through paid internships in areas such as IT, Environmental Management, Geology and Administration. In addition, Dalradian has provided 23 students at local colleges with bursaries to support their studies. We are Investors in People accredited and actively encourage staff development. Several staff members have been supported to complete advanced degrees

Those numbers will grow. The project is the beginning of a whole new industry that will transform Tyrone and boost Northern Ireland's economy.

Dalradian's project at a glance:

A world-class gold, silver and copper mine that will boost the economy

A minimum of £4 million set aside for sustainable community projects

During operations, Dalradian's mine is projected to create 1,000 direct, indirect, and induced jobs. It will require all sorts of skilled people other than miners – mechanics, lorry drivers, IT specialists, geologists, environmental managers, engineers, and administrators.

Dalradian expects to employ people with farming and construction experience since these skills are readily adaptable to mine work. They are investing £15 million to help local people re-skill through training courses, some in collaboration with South West College in Omagh. They expect that the resulting skilled jobs will pay an average salary of £40,000 – almost twice Northern Ireland's average.

The project will inject £750 million into Northern Ireland's economy over its 25-year lifespan as it engages an extensive network of local suppliers. Hardware stores, construction companies, hauliers, engineering firms, and equipment suppliers are just some industries that stand to benefit. The mine will also remit almost £100 million in taxes for Northern Ireland and reduce the country's trade deficit by 2.4%.

Third parties have researched and endorsed these economic projections. Professional services firm EY conducted an external review of Dalradian's proposal. It concluded that the mine – if approved – will provide a "significant and timely stimulus" to the local economy. Moreover, it would contribute to "a more prosperous, competitive, and regionally balanced economy" because the Fermanagh and Omagh District Council area would receive its most substantial benefits.

"A project of this scale would be an exceptional boost to the economy at any time," Peter explains, "but in the current economic climate – when local unemployment has increased and is expected to grow further – this represents a phenomenal opportunity." 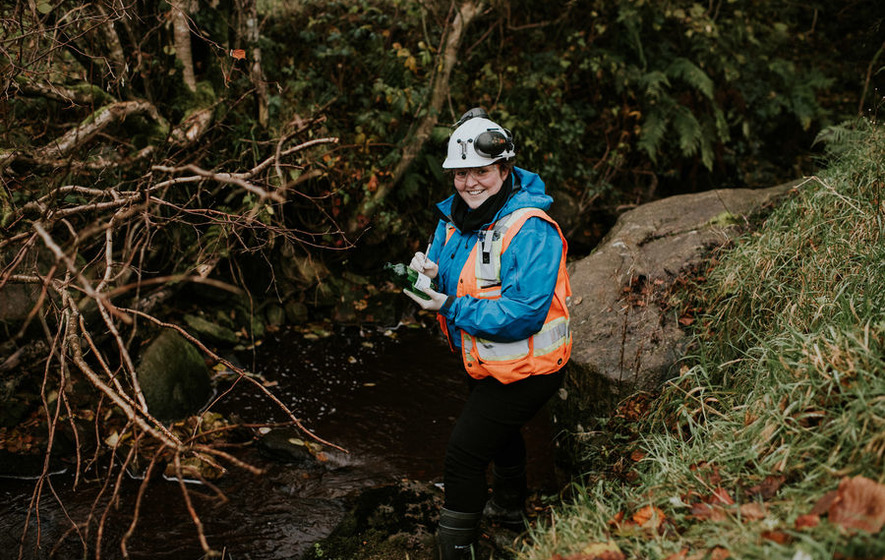 Dalradian's environmental responsibility underpins every aspect of their plans. The project will extract the mineral opportunity under the ground while leaving the landscape as close to its current condition as possible.

The site's rehabilitation will begin during the mine's operations and continue after mining has finished. The key to fulfilling this commitment is a dry stack facility to store the mine's tailings. Instead of using a traditional settling pond or wet tails method, Dalradian will return roughly half the tailings underground to backfill and reinforce the mine's workings. An engineered facility of crushed, compacted rock – the dry stack facility – will store the remainder and will be progressively restored. It is a landscaped feature: covered with topsoil, planted in with native trees and vegetation, designed for stability and shaped to fit the local landscape's rolling hills.

The mine will protect groundwater and local rivers through careful water management. The underground mine will tunnel through rock that holds groundwater. Some of this will be used in the mine's operations, supplemented with rainwater captured onsite.

Water will be extensively recycled within the site. A water treatment facility that leverages ultra-filtration and reverse osmosis technology will treat any water released into the local burns. The water that passes through this system will emerge the same quality as the water in the surrounding environment.

Dalradian plans for partial mineral refinement onsite, before sending the material for further processing at established sites elsewhere. This partial refinement will produce fine metallic sand known as a “mineral concentrate”. The Curraghinalt plant will only process material from the mine.

The project aims to be Europe's first carbon-neutral mine, built for life in the low-carbon economy. Dalradian plans to achieve this by using conveyor belts instead of trucks and biodiesel and electric vehicles where possible. A comprehensive carbon offset scheme will account for any remaining emissions.

Dalradian achieved net-zero emissions for the second year running in 2020, conforming to PAS 2060 – an internationally recognised specification for carbon neutrality – and will continue to do so throughout the mine's life. You can learn more about Dalradian’s environmental and social performance in their Responsible Business report, available on their website. 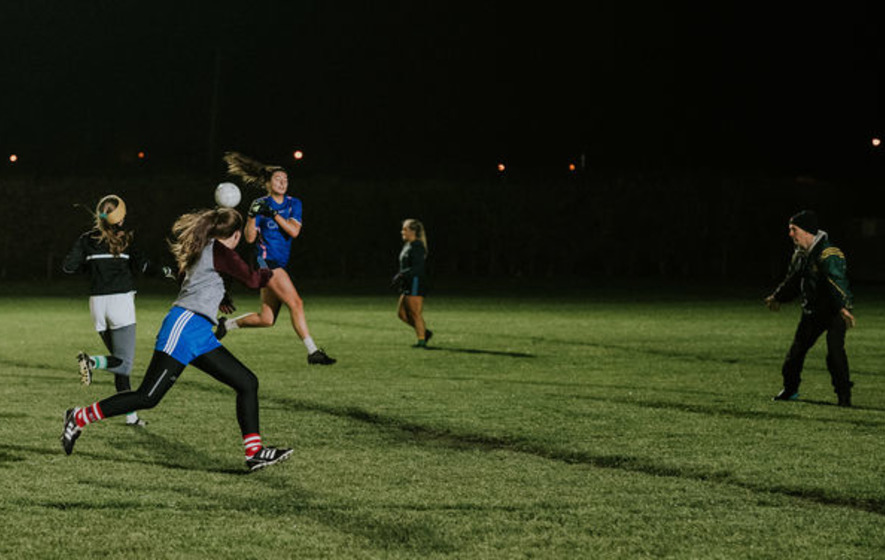 The Dalradian mine will invest in local community projects and build on the positive legacy of other modern mines (Moyne Templetuohy GAA Club pictured, which was improved with funding from the Lisheen Mine, Co Tipperary)

Ireland is home to several modern mining projects that have enhanced the communities in which they operate. Dalradian's project promises similar benefits for the people of west Tyrone.

Lisheen, in Co Tipperary, for example, hosted a zinc and lead mine from 1997 to 2015. The mine worked to a responsible closure plan, built into the project's design, leaving an unspoilt environment and valuable infrastructure behind. Its effect was to provide training, well-paid employment, and social dividends for the local community.

Tara is a great example of how mining can enhance life for local residents.

"Tara is a great example of how mining can enhance life for local residents," says Peter.

"It’s the largest zinc mine in Europe, and it grew in tandem with Navan's thriving tourism and agri-food sectors. The mine has operated safely and successfully near a tributary of the Boyne River for 40 years and directly and indirectly employs around 1,000 local people. It's really at the heart of the community."

It's time for Tyrone

Dalradian's project will enrich Tyrone and Northern Ireland in the same way. You can help Dalradian deliver these economic and social benefits while protecting the environment; the planning application is currently under review by the DfI, but you can show your support and help make this project a reality. Visit dalradian.com/show-your-support

Interested in working for Dalradian? Register for upcoming jobs at dalradian.com/future-career

Your business can become a crucial part of Dalradian's supply chain. Let's work together. Visit dalradian.com/suppliers to become a supplier.

Want to work where you can make a real difference? If so, The Prison Service would like you to apply