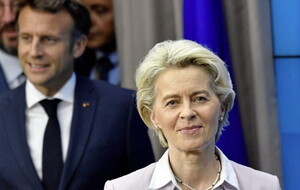 NAOMI Long has been named as one of the world's most influential and inspiring women.

Compiled by the BBC, the global list brings together females who have made headlines or influenced important stories over the past 12 months, as well as those who have inspiring stories to tell, or have achieved something significant or influenced their societies in ways that would not necessarily make the news.

"The pool of names was then assessed against this year's theme – progress that has been made across different areas over the past decade," the BBC said.

"We explored topics that split opinion, such as reproductive rights where one woman’s progress could be another’s regression, and nominated women who have created their own change."

Some of those listed appear anonymously or without a surname in order to protect them and their families.

Mrs Long, who is recognised for introducing legislation to tackle a number of new sexual offences, including downblousing, cyber-flashing and abolishing the ‘rough sex’ defence, described her inclusion on the list as an "absolute honour".

Her entry notes how "she became the first Alliance MP elected to Westminster in 2010, knocking former first minister Peter Robinson out of the Westminster seat he had held for more than 30 years".

"It is also incredibly humbling to be among such prestigious company and female leaders in various walks of life across the globe," she said.

"It also serves as recognition to local campaigners on issues I worked on as justice minister and Alliance leader, and especially the victims, who shared their experiences and allowed me to respond on their behalf."