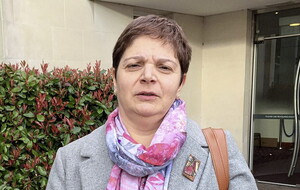 THE violation of young people's rights are highlighted in a new damning report by children’s commissioners across the UK.

Koulla Yiasouma, Northern Ireland's children's commissioner, has joined her Scottish and Welsh counterparts in writing to the United Nations (UN) to address the failures of governments in protecting children’s rights.

In their 78-page report to the UN Committee on the Rights of the Child, Ms Yiasouma, Bruce Adamson and Rocio Cifuentes have warned that while progress has been made in some areas of children’s rights since the last report in 2016, there are urgent issues which must be addressed across a broad range of rights.

Joint report to the Committee on the Rights of the Child with @childcomwales & @nichildcom highlighting children’s rights violations.

They also said they want to see "children’s rights at the heart of policy, practice and delivery".

Young people’s views must be central to decisions affecting them, and the commissioners have also submitted a report of children’s voices and experiences from Northern Ireland, Scotland and Wales to the UN.

All three commissioners have reiterated calls to governments to do more to protect the rights of children subjected to living in poverty, this includes calls for the "social security system to once again become a safety net for children".

Ms Yiasouma said: "Poverty is the tarnished thread that runs through the most egregious breaches of the rights of children and young people in Northern Ireland.

"A government, whether in Westminster or Stormont, which wilfully chooses, as historic governments have, not to properly tackle child poverty does not deserve the name."

The report also highlights the effect that stretched mental health services are having on young people.

Ms Yiasouma added: "While I have witnessed some positive moves in the area of mental health, the challenge remains to turn this into tangible actions where children and young people experience better outcomes.

The three commissioners also outlined their deep concerns about the UK government’s proposed changes to the Human Rights Act, warning they will significantly weaken the protection of children’s rights.

"The impact of changes to the Human Rights Act cannot be overstated, it is because of this act, for example, that some of the discriminatory elements of the social security system have been addressed," Ms Yiasouma added.

"Children whose rights have been violated have been able to obtain justice in national courts, rather than having to resort to application to the European Court of Human Rights.