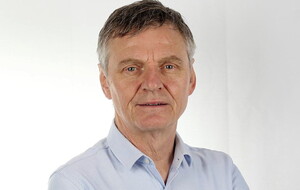 IT’S fair to say that there’s been an ambivalent response to the secretary of state’s decision not to call an election this side of Christmas.

Nobody wanted a return to the polls little over eight months since the last time, believing it would make no difference in resolving the current impasse around the protocol, which is a matter between London and Brussels.

There was therefore a sense of relief yesterday morning among both the electorate and the politicians.

However, you can immediately dismiss any notion that we should somehow be grateful to Chris Heaton-Harris for his belated intervention.

More of an emergency stop than a U-turn, his decision to postpone naming a date rather than completely cancelling an election in many ways perpetuates the uncertainty that has prevailed since the October 28 deadline for forming an executive – or at least until we get further clarification in the middle of next week.

He may yet call an election for some time before January 20 but that seems an unlikely outcome – though with this government you can’t rule anything out.

Whatever the secretary of state decides, and whenever he decides to tells us, the limited credibility Mr Heaton-Harris had to begin with is now completely shot. His cack-handedness has surpassed even that of his predecessors.

He initially attempted to convey the impression of a no-nonsense tough guy who’d be calling an election within minutes of last month’s deadline passing. From there he climbed down to a position of indecision, his strings apparently being pulled by an equally fickle No 10.

The next steps the secretary of state has promised to outline next week need to be much more sure-footed, unlike the floundering that has so far characterised his tenure. We need a clear route map on how to realistically resolve the issues around the protocol, coupled with a plan to get the executive up and running. More empty threats and unfulfilled pledges to impose cuts in MLAs’ salaries will only deepen public cynicism.

Meanwhile, an increasingly desperate Sir Jeffrey Donaldson needs to listen more to businesses and civic society and less to unofficial advisers. His retreat to the trenches may win plaudits from hardliners but there’s limited mileage in protest politics.

Unionism, and loyalism in particular, often complains of being ignored and left behind yet presently it appears to be manoeuvring itself towards the margins and ultimately outside of the political process. Good leadership demands foresight and strategy but at the moment the DUP’s approach amounts to little more than a huff.