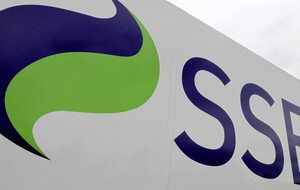 SSE electricity prices are set to increase by 35.5 per cent from today. Picture by Andrew Milligan/PA Wire

CUSTOMERS of one of Northern Ireland's biggest energy companies were yesterday unable to submit electricity meter readings, a day before another huge price hike came into effect.

The SSE Airtricity website could not take readings for several hours as people attempted to submit last-minute information online ahead of the latest rises.

It said the increases would heighten the cost-of-living pressure most people are already experiencing.

SSE Airticity's electricity prices are set to increase by 35.5 per cent today.

Its gas tariffs are also due to rise by 28.4 per cent at the same time. These are among a number of increases by energy companies, which include Budget Energy, Click Energy, Electric Ireland and Firmus Energy, that are also set to begin today.

Large numbers of SSE Airtricity customers tried to submit meter their readings online yesterday - despite the price change only applying to electricity used from today - and were faced with difficulties.

At one point, a message on its website advised that it was offline for "scheduled maintenance".

Customers were also told "we're sorry, but something's happened", while other messages included, "we can't carry out your request right now" and "the SSE Airtricity service isn't available right now".

Ahead of the online service later being restored after several hours, a spokesman for the company told The Irish News: "We are aware of a technical issue which is currently impacting our online self-service platform and SSE Airtricity app. The outage was reported late on Friday morning and we are currently working hard to resolve the issue. We apologise for any inconvenience caused."

The price increase only applies to electricity used from the change in tariff. The company will use existing customer data, based only on historical meter reads, to determine the daily average consumption of a customer. The lower rate of the bill will be billed proportionately for the number of days in a customer's billing cycle up to the date of the price change with the remaining days charged at the higher rate.