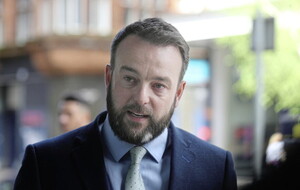 LEO Varadkar has stressed the importance of discussing constitutional change ahead of tomorrow's landmark Ireland's Future event in Dublin.

The tánaiste, who is scheduled to take over as taoiseach from Micheál Martin in December, is among a number of party leaders taking part in the 3Arena event, which is thought to be the biggest gathering of its kind in living memory.

Representatives of business organisations and trades unions will also take part in the event, which will close with an address by Co Antrim-born actor James Nesbitt.

Almost every non-unionist party in Ireland is sending a representative to Dublin tomorrow, however, Alliance declined an invitation, describing the event as a "rally to endorse a united Ireland".

Analysis: Unionism would take your arm off for an equivalent group to Ireland’s Future

A spokesperson for Mr Varadkar told The Irish News that the Fine Gael leader had met with what they termed a "non-party civic organisation" in the past and was happy to accept the invitation to speak at tomorrow's Ireland's Future event.

"The tánaiste believes it is important to discuss these issues and supports an open dialogue among all traditions and identities on the island," the spokesperson said.

"This should be done in a way that is respectful and does not challenge anyone’s loyalties."

Mr Eastwood, who spoke at Ireland's Future's inaugural Beyond Brexit event in 2019, said he was "looking forward to hearing a range of voices from a diverse political and civic background".

"This is an opportunity to share experience and begin to have a detailed discussion about what the process of constitutional change will look like," the Foyle MP said.

“The actions of the British government this week have clearly demonstrated why people in the morth are so badly served by the status quo."

The SDLP leader said people in the north "do not have to be bound to an unequal and unjust society that prioritises tax breaks for the rich balances on the backs of those on low and middle incomes".

"We can build a social democratic New Ireland where wealth redistribution tackles poverty and want rather than serving elites," he said.

"That is the case I’ll be making on Saturday and one that I hope others will rally around."