Analysis: Unionism would take your arm off for an equivalent group to Ireland's Future 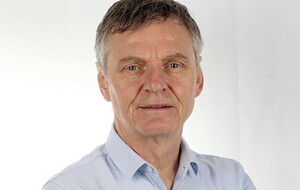 IN 2015, a presentation at the Lighthouse Summer School in Co Down by commentator Chris Donnelly set out the malaise in which nationalism found itself.

While The Irish News columnist wasn't entirely disheartened by what he found, he identified increasing voter apathy and a feeling of disconnection from political processes.

The “rudderless state of unionism”, he told the audience, was a distraction from shortcomings in nationalism.

Seven years on, nationalism's star is in the ascendancy, with many arguing that the opportunity to realise a united Ireland has never been greater.

Brexit and the subsequent chaos at the heart of the British political system has been the catalyst for this turn around in fortunes but Ireland's Future has undoubtedly played a significant role in ensuring the momentum for unity is maintained.

The civic nationalist group emerged in 2018, a coalescence of the casual conversations about constitutional change that were increasingly taking place primarily in the north but throughout the 32 counties. People who were culturally and instinctively nationalist were now keen to thresh out the future possibilities.

The groundswell of the previous months was formalised by a disparate group of people – among them long-standing Irish News columnist and one-time SDLP councillor Brian Feeney and lawyer Niall Murphy.

January 2019 saw the group's launch event at Belfast's Waterfront Hall. The Beyond Brexit conference surpassed expectations in terms of the numbers it attracted and the diversity of opinion represented. On that occasion, the organisers were clear that it was an internal conversation within nationalism, aimed at developing a consensual vision of what Irish unity might look like. That said, the event did hear from the late north Down obstetrician Jim Dornan – father of actor Jamie Dornan – who outlined his transition from a position of “soft unionism to soft nationalism”.

The group has since broadened its appeal and the conversation. Those raised in a unionist background, such as former Alliance MLA Trevor Lunn and actor James Nesbitt, have found Ireland's Future a useful forum for exploring their shifting perspective. Their contribution in turn feeds into the conversation, enabling recognition of the concerns ordinary unionists have about Irish unity.

There is an acknowledgement among the Ireland's Future team that achieving Irish unity requires a broad base that encompasses not only every pro-unity political party on the island but wide representation from civic society.

It has produced papers on the steps to constitutional change, an all-Ireland economy, and on rights, citizenship and identity post-unity. The work has been far from comprehensive but it has at least addressed a number of the impediments and arguments that are used to counter the campaign for unification.

The group has been criticised, occasionally legitimately, but mostly by those who are looking to undermine its raison d'etre.

Tomorrow's event at the 3Arena is both the conclusion of an opening chapter and the beginning of a fresh one. Bringing together a range of voices, most of whom are convinced unity provides the greatest opportunity for both parts of the island, the Together We Can event alone is unlikely to advance the campaign, yet it is a public manifestation of a growing movement that includes Fine Gael, Sinn Féin and a host of parties who agree on little else. People will leave inspired and buoyed by the positivity and vision on show.

Unionism is right to be unnerved by the depth of the solidarity shown but is wrong to dismiss tomorrow's event as merely a talking shop or echo chamber. It may be possible to find minor faults with Ireland's Future and its work to date, but it's fair to say that any unionist would take your arm off to have a corresponding successful group campaigning on behalf of the union.