Close to a fifth of population have no religion, nearly double a decade ago 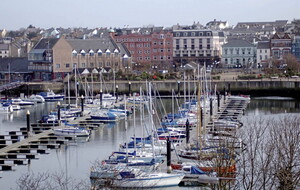 BANGOR: Over one third in North Down and Ards state no religion

CLOSE to one fifth of the population say they have no religion, up from approximately one in 10 reported in the last census.

The majority of those listing no religion on the census come from a Protestant background, according to the figures.

Approximately 330,000 people clearly said they are of no religion, while a further 30,000 did not state anything.

In total, 17.39 per cent listed no religion, with a further 1.6 per cent not stating any, an increase from just over ten per cent a decade ago.

This figure rises to over 30 per cent in North Down and Ards compared to around eight per cent in Fermanagh, South Tyrone, Derry and Strabane, and Mid Ulster local government areas.

Overall, 42.31 per cent of the population stated they are Catholic compared to just under 46 per cent who answered that they came from that background. While 43.48 per cent state they were brought up in a Protestant or other Christian background, the number listing this as a religion is around 37 per cent.

The numbers professing no religion are high all around the greater Belfast area, with between a fifth and a quarter ticking the box in Belfast, Antrim and Newtownabbey, Lisburn & Castlereagh, Mid and East Antrim.

In a tweet, the Northern Ireland Humanists wrote: "The number of people identifying as non-religious has almost doubled since 2011. This marks the most dramatic shift in demographic of the last 10 years."