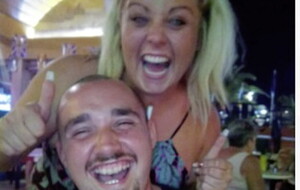 THE family of a father-of-two who died at his home in west Belfast have told of how his sudden death has left them "completely crushed".

Marcus Feeney, who was 28 and from the Lagmore area of west Belfast, was found on Thursday. He had died in his sleep.

A post mortem examination found the father-of-two had pneumonia however further tests are due to be carried out to identify the cause of death.

The 28-year-old said Mr Feeney, a constuction worker, had "no health conditions".

"He just passed away in his sleep," she said.

"The paramedics were all amazing. They tried everything they possibly could with him.

"We are just completely crushed. It is just incredible. There is no way to even describe it."

Ms Hughes described Mr Feeney as someone who was "the funniest".

"He was very sociable," she said.

"He loved everybody. He was a just a mixture of everything. It’s just what made him.

"He was always up for a good laugh.

"He loved mixed martial arts. He did it when he was younger for a while but came out with an injury to his knee and he wasn't able to do it again.

"He was an amazing dad. He always said he wanted more kids. He wanted us and the two girls to go away before Christmas."

Ms Hughes said the family were hoping to get answers as to the cause of Mr Feeney's sudden death.

"Everybody is just shattered. Completely crushed," she said.

"Our youngest daughter just keeps asking will he wake up and can we phone heaven.

"Life is completely different. You feel that every second of the day.

"All we know is there was pneumonia in his lungs. Further tests are to be carried out. It is incredibly important. We just want answers".

She added: "It is learning how to live without somebody who has been part of you for so long and knowing the things they are going to miss out on.

"He will always be our daughters' hero".

A service for Mr Feeney will take place at Roselawn Crematorium today.

Fire fighters, health workers to be balloted on strike action over pay