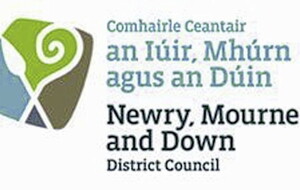 A FORMER Co Down council chairman has been charged with attempted sexual communication with a child.

William Walker was suspended from the DUP following his arrest earlier this year.

The Killyleagh-based representative on Newry, Mourne and Down District Council moved to Scotland following his arrest in February.

The Irish News reported last week that Mr Walker continues to be paid expenses by the council despite living outside Northern Ireland for the past six months.

Police last night confirmed that they have charged a 59-year-old, who is due to appear in court next month.

A PSNI statement said: "Detectives from the Police Service's child internet protection team have charged a 59-year-old male with attempted sexual communication with a child and attempting to arrange to meet a child following sexual grooming.

"He is expected to appear before Downpatrick Magistrates' Court on September 19.

"As is normal procedure, all charges will be reviewed by the Public Prosecution Service."

He continues to log on to council meetings from Scotland via Microsoft Teams and has claimed £70 for broadband expenses.

The council said it has no policy relating to its elected representatives living outside Northern Ireland.