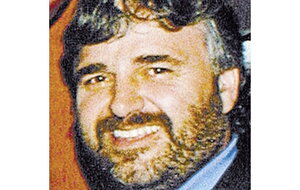 THE organisers of a loyalist band parade in west Belfast tonight honouring a former UVF commander have been accused of "keeping the wounds of the past open".

The parade and Lambeg drumming competition on the Shankill Road is being promoted as a memorial to Portadown loyalist Richard Jameson.

Previously described as the leader of the UVF in Portadown, Jameson was shot dead in January 2000 by the breakaway LVF.

Tonight's event, which is being promoted by West Belfast Athletic and Cultural Society in association loyalist prisoners' group Epic, takes place at the Rex Bar, the pub where the feud between the UVF and LVF, along with elements of the UDA, erupted in August 2000.

According to the Parades Commission website, the number of bands participating in the event is not known.

SDLP West Belfast representative Paul Doherty said the parade and Lambeg drumming competition was the latest in a series of incidents in recent weeks which demonstrated "how much work we have ahead of us to heal the divisions between our communities and address the issues that have prevented real reconciliation".

“If we are ever going to leave the past behind us and build a truly shared future then every community in the north needs to be freed from paramilitarism and the trappings of violence," he said.

"Celebrating organisations and people who brought trauma and hurt to our society keeps the wounds of the past open, particularly for victims and survivors."