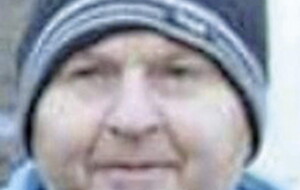 A PLAY about a Palestinian doctor facing charges linked to a major MI5-led sting targeting the New IRA is set to be staged at the Edinburgh Fringe Festival.

Dr Issam Bassalat (64) is one of ten people charged with a series of offences arising from the surveillance operation.

The doctor, who lives in Edinburgh, is charged with 'preparation of terrorist acts' while nine others face charges including directing terrorism.

All the accused deny the allegations.

Dr Bassalat is alleged to have attended one of the meetings.

His solicitor Gavin Booth, of Phoenix Law, previously told a court the doctor was lured to Belfast under false pretences by McFadden.

The doctor, who suffered a heart attack last year while on remand in Maghaberry Prison, was released on bail in December and later returned to Scotland.

His case will be be the focus of a play developed by Bafta-winning writer and director Robert Rae.

Poet, writer and performer Ghazi Hussein, who at one time was imprisoned by the Syrian regime, has also worked on the project and will play the part of his fellow Palestinian on stage.

Mr Rae, a former artist-in-residence at Derry Playhouse, said he met Dr Bassalat after he was released last year.

"He just told us his story," he said.

"Myself and Ghazi thought, well, let's try and use what we do, which is theatre, to get his story and what had happened to a wider audience."

Before his arrest in 2020 Dr Bassalat campaigned on behalf of the Palestinian cause.

Mr Rae explained that he is the co-director of Art27 Scotland, which looks at Article 27 of the Human Rights Act - the right to participate in cultural life.

"We had been exploring that and we were doing a short season at fringe so it felt appropriate to create this piece and present it at the festival," he said.

The play will centre on fictional conversations between Dr Bassalat and an invented solicitor played by Belfast actress Helen Trew.

From The Heart of the Incident will be performed at ZOO Southside on August 8 and 9.