A FORMER special adviser to the late Martin McGuinness has been re-appointed to the board of the Education Authority.

Paul Kavanagh is one of three returning political members nominated by Sinn Féin.

The EA yesterday said Mr Kavanagh is currently employed by the Martin McGuinness Peace Foundation and previously served as a political member on the EA Board from February 2021 until May 2022.

However, his previous appointment led to efforts by TUV leader Jim Allister to introduce a law preventing people with serious criminal convictions from sitting on the EA and Policing Board.

The proposal last year by the north Antrim MLA was contained in a private member's bill and if adopted into law would potentially have barred Mr Kavanagh, husband of former Sinn Féin Foyle MLA Martina Anderson, from sitting on the EA.

Mr Kavanagh served 14 years in prison for an IRA bombing campaign in England in 1981, which included an attack on Chelsea Barracks in London in which two civilians were killed.

But Mr Allister's private members bill fell after MLAs voted by 48 votes to 40 against moving it to the committee stage.

The Department of Education previously said Mr Kavanagh brought to the EA board experience of communication and influencing skills, developing and maintaining cooperative working relationships within a corporate governance framework and decision making as a school governor.

The EA board is made up of 20 members plus the chair and includes eight political members.

Among the four new board members appointed is ousted DUP assembly member Mervyn Storey, who lost his seat in last month's election.

An MLA from 2003, he also previously served as a councillor on Ballymoney Borough Council for 13 years.

He was nominated by the DUP alongside Lisburn and Castlereagh councillor Jonathan Craig, who has been an EA board member since 2016.

Former PUP deputy leader John Kyle is among the new members appointed. The EA said Mr Kyle, a councillor on Belfast City Council had been nominated by the UUP. 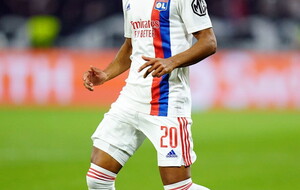