TWO Belfast clerics praised by Pope Francis for their involvement in a cross-community festival in the city have met the pontiff in Rome.

The pair were invited due to their work with the cross-community 4 Corners Festival, which celebrated its 10th anniversary earlier this year.

At this year's festival, which was also attended by the Archbishop of Canterbury Justin Welby, Pope Francis sent a video message praising organisers for uniting communities.

In the recorded message, he said: "I wish you the best in this festival. But I especially want to thank you for the good your example does me.

"It does me good because I see we have to pull down walls and build bridges."

Rev Stockman, who is based at Fitzroy Presbyterian Church, said in a blog ahead of yesterday's meeting that he had "no doubts that many in my denomination and other Protestants will call me a heretic" for attending the summit.

He added: "From what I have read and heard about Pope Francis I see him as a fellow follower of Jesus."

Meanwhile, also attending the meeting was members of the Catholic chaplaincy at Queen's University, which is celebrating its 50th anniversary.

"He shared with our students wise words and encouragement," a chaplaincy member said in a tweet following the summit. 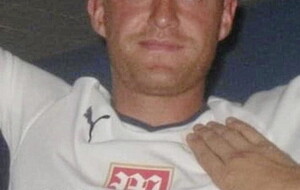