The Birth to Potty nappy kit, which can be hired from the Zero Waste North West Nappy Library

A nappy library is offering parents the chance to save hundreds of pounds as well as help save the environment.

The library, which is working in partnership with Derry and Strabane District Council to promote a Zero Waste Cities policy, hires out nappy kits in two sizes, newborn and birth to potty.

Each kit is filled with 30 re-usable, adjustable nappies in a range of sizes, made from a range of materials including bamboo, hemp and cotton.

Once worn, the nappies can be washed and reused again.

Once a parent is finished with the kit, it can be returned to the library so it can be hired out once again.

Parents pay £20 to hire the kits however £10 of this is refunded once the kit has been returned in full working order.

Caroline McGuinness-Brooks, Library Co-ordinator, said the project had only opened in April but had already proven very popular.

The Derry woman said the kits had many benefits including being better for the environment as it cuts down on the number of nappies being sent to landfill.

On average, a child wears between 4,000 and 6,000 nappies, from birth and potty, meaning 0.86 tonnes of nappy waste per child goes to landfill.

In 2018, in the Derry and Strabane District Council area, 1,444 tonnes of nappies went to landfill meaning the council paid £185,000 in landfill tax to dispose of nappies alone.

Mrs McGuinness-Brooks said the library currently has two newborn kits and three birth to potty kits to hire out.

"I have had so much interest," she said.

"I have been putting up videos about what is in the kits. Little facts about what you are doing for the environment and I have had increasingly more and more people coming into my inbox"

Mrs McGuinness-Brooks said while the material used for the nappies in the kits are also "kinder to babies and proven to "reduce nappy rash", they can also save parents up to £800.

"These five kits are all booked and I have a waiting list," she said.

"I am hoping to increase the number of kits in the coming months.

"Parents love to use a nappy library. The nappy library gives people a chance to try before they buy and find the right nappy they love".

Further information about the nappy library is available on the Zero Waste Nappy Library Facebook page. 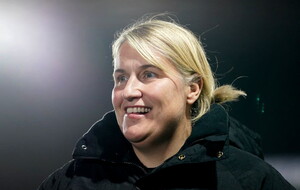