Elaine Kelly (left) and Martina Purdy, who both work at the Saint Patrick Centre, are among the judges

A CO Down centre which tells the story of Ireland's patron saint has launched an international writing competition to celebrate its 20th anniversary.

The Saint Patrick Centre in Downpatrick is inviting young people to write about issues such as human trafficking and faith.

The International Spirit of Patrick Writing competition is open to young writers aged 16 to 20, as St Patrick himself was trafficked to Ireland, as a young person, around 400AD.

St Patrick is believed to have been trafficked at age 16 and held captive in Ireland for six years before he miraculously escaped, having found God in his isolation and suffering.

Applicants are asked to compose 2,000 words on the theme of human trafficking and slavery in the world today or about finding God in challenging times.

Dr Tim Campbell, director of the Saint Patrick Centre, said: "We at the centre believe the issues of human trafficking and modern slavery, which cause so much suffering and torment in the world today need to be stopped and this can only be done when future generations engage and become involved.

"We also think that young people have a lot to say about faith at a time when our freedoms are curtailed by Covid.

"We invite young writers to choose one of these twin themes and we will publish the winners online."

The winning essay writer will receive a brand new Apple i-Pad and their work will be reproduced on the Saint Patrick Centre website and social media channels.

The competition closes on March 12 and the winner will be announced on St Patrick’s Day.

To qualify essays must be typed in English, no more than 2,000 words and emailed to education@saintpatrickcentre.com and entrants must be aged between 16 or 20 on March 17 2020. 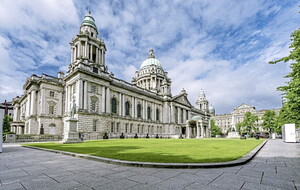 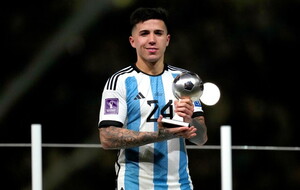