A former MP has raised concerns about the detention of a Palestinian doctor, charged in connection with an MI5 led operation against dissident republicans.

Mr Williamson was suspended from the Labour party last year after claiming the party had "been too apologetic" in its handling of an anti-Semitism row.

Dr Bassalat has been charged along with nine members of Saoradh, considered to be the political wing of the New IRA.

A campaigner for Palestinian rights, Dr Bassalat, originally from the West Bank, had been living in Edinburgh with his wife and four children.

His arrest was in connection with attendance at a meeting in Co Tyrone at a property that had been booked by alleged MI5 agent Dennis McFadden.

He is currently remanded in Maghaberry prison charged with one count of preparatory acts of terrorism in connection with the gathering at a house in Omagh in July.

McFadden, who is believed to have been bedded in with the New IRA for almost a decade, has since left his home on the outskirts of Belfast with his partner and young child and is thought to be in protective custody.

A 'resource officer' for Saoradh, McFadden often invited members of the organisation to lengthy drinking sessions at the bar he built in his home, which was also believed to have also been bugged by MI5.

He told the men who visited his home that his partner, who was 16 years his junior, was not permitted to talk with or associate with visitors to his home.

Sources now believe this was an attempt to keep her from contradicting any aspect of his cover story, that he was a safety inspector who travelled oversees for work.

Mr Williamson, who now fronts a group called the Left Legal Fighting Fund, said: "The use of underhand tactics, including entrapment, by MI5 to harass Irish republicans and anti-imperialists are utterly unacceptable and a clear abuse of power.

"If democracy and the rule of law mean anything, then such attempts to criminalise lawful political activity must be opposed and exposed", he added.

When he appeared in court last month, Dr Bassalat's solicitor Gavin Booth of Phoenix Law said his client - a GP who chaired the Palestinian Society in Scotland - was lured to Belfast under false pretences by McFadden.

"Issam has been an active campaigner for Palestinian rights for decades, and he has always had a conscious view of the importance of international solidarity.

"This kind of humanistic, inclusive approach has seen him targeted for MI5 infiltration and persistent targeting, which should concern everyone who cares for human rights and justice.

"Issam has a lot of friends around the world, Palestinian and non-Palestinian, and it's very difficult to view this case as anything other than an attempt to really chill international solidarity, especially from a progressive, left perspective", she added. 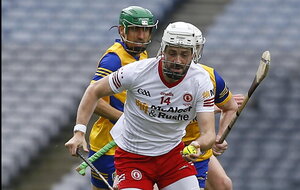