A rare colour photograph of a burned-out Bombay Street in 1969. Picture from Clonard Residents Association

A series of events has been organised to mark the killing of five Catholics and burning of dozens of nationalist homes in Belfast 50 years ago.

The violence of August 1969 resulted in the British army being deployed on the streets and marked an escalation in what became known as the Troubles.

The three-day period of unrest from August 14-16 saw the deaths of eight people across the north while hundreds of Catholics were forced to flee their homes in Belfast.

In north and west Belfast, four Catholics were shot dead by the RUC, while a teenage republican was killed by loyalists.

The killings and images of gutted Catholic homes including those in Bombay Street in west Belfast, which was burned to the ground by a loyalist mob, hardened the attitudes of many onlookers at the time.

A rare colour photograph of a burned-out Bombay Street in 1969. Picture from Clonard Residents Association

The Belfast 1969 Pogroms Commemoration Committee has organised a series of events in the worst affected areas - Ardoyne in north Belfast and the Falls and Clonard districts of west Belfast.

Read More: Historian Michael McCann on 1969 Belfast riots with Burnt Out: How The Troubles Began

Two men, bystander Michael Lynch (28) and Samuel McLarnon (27), who was in his living room, were shot dead by RUC members in Ardoyne on August 14 during clashes in the area.

In west Belfast on August 14, nine-year-old Patrick Rooney was killed in the bedroom of his home in Divis Tower after police opened up with a machine gun fitted to a Shortland armoured car.

Earlier that day Protestant Herbert Roy (26) was shot dead after republicans opened fire on police and a loyalist mob which was attempting to attack the nationalist area.

The following day serving British soldier Hugh McCabe (20), who was on home leave, was shot and killed by police in Divis flats

Police later claimed he was armed while local people said he was helping a wounded man when he was struck.

On the same day 15-year-old Gerald McAuley, who was a member of the IRAs youth wing - Na Fianna Éireann - was killed by a loyalist gunman close to Bombay Street.

The next day Protestant man David Linton (48) died from wounds received in the Crumlin Road area on August 15.

The eighth man to die over the three-day period was John Gallagher (30), who was shot by B-Specials in Armagh after a Civil Rights Association meeting on August 14.

A British soldier stands on front of a burned out Bombay Street in August1969. Picture from Clonard Residents Association

A series of events in starting on Thursday night will mark the anniversaries.

“This was the Orange state’s response to the civil rights campaign for basic civil and human rights by way of an end to discrimination in the allocation of employment opportunities, housing allocation, electoral boundaries and voting rights and the abolition of the Special Powers Act.

“Our committee is determined to record and archive the collective memories of these communities and the trauma they endured for future generations.”

Holy Cross Church, 7pm: 50th anniversary Mass to reflect on events of August 1969 and remember parishioners who lost their lives and homes

The late Neely Rooney with a portrait of his son Patrick (9), the first child victim of the Troubles 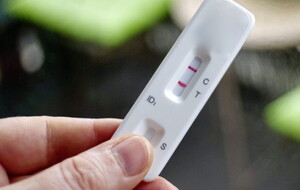