EU CHIEF Brexit negotiator Michel Barnier is to meet Sinn Féin and DUP representatives today as the countdown begins to the UK leaving the European Union on Friday.

Stormont deputy First leader Michelle O'Neill and economy minister Diane Dodds are to hold private talks with Mr Barnier, with both expected to seek protections for the north in relation to trade and the peace process.

Last week, a senior EU official warned they would not tolerate any "backsliding" on the Northern Ireland part of the Brexit deal.

The withdrawal agreement will mean the north will continue to follow EU rules on agricultural and manufactured goods, while the rest of the UK will not.

Sources say that Ms O'Neill will make it clear today that a majority of voters in the north voted to remain and will be asking for assurances around Irish rights, peace and the economy.

The remain vote in Northern Ireland was 55.8 per cent in the 2016 referendum.

However, a poll carried out last year found a significant increase - 72 per cent - in the number of northern voters who would back remain if given the chance in a second EU vote.

Despite being pro-Brexit, the DUP opposes Mr Johnson's plan over fears it could impose customs checks on goods travelling between England, Scotland or Wales and Northern Ireland.

First Minister Arlene Foster urged the prime minister to "deliver on his promise" of unfettered access to the British market and ensure that "competitiveness is maintained".

Meanwhile, Ms O'Neill said during last week's debate that an EU pledge which would see the north regain EU membership in the event of unification was a key factor. 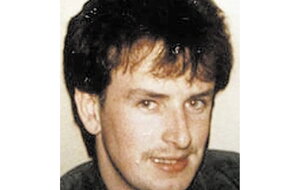