THE DUP has called on the Boundary Commission to produce "new and revised" proposals for reconfiguring the north's electoral constituencies claiming there is "widespread unease" with the provisional recommendations.

Its call came as a new study showed Sinn Féin would be the north's largest party at Westminster if voting patterns from June's snap general election were repeated under the provisional boundary proposals published a year ago.

The calculations of notional results from the Westminster poll by Professors Colin Rallings and Michael Thrasher found that the DUP would be down three seats on its tally of 10 while Sinn Féin would make two gains, giving republicans nine seats in all.

The study found Lady Sylvia Hermon would hold on to her North Down seat.

The proposals published last year suggest reducing the number of MPs from 650 to 600 from next year. In Northern Ireland the total would drop from 18 to 17.

The corresponding revised proposals for the north are expected to be published early in the new year.

In 2011, MPs voted for the constituency boundary review as part of plans to reduce costs and in a bid to bring boundaries in line with fluctuating community changes such the expansions of some cities.

The final boundary proposals will be put to the House of Commons for approval before being implemented.

North Belfast MP Nigel Dodds said his party had been consistently critical of the proposals.

He said there was "widespread unease" with the Boundary Commission’s provisional recommendations and that this was spread across the political spectrum.

"The commission has tried to satisfy the mathematics but has not satisfied the respect for existing boundaries and local ties that their proposals must also meet," said Mr Dodds, the party's deputy leader.

"The decision to cut Belfast to three seats results in bad boundaries for the capital city and the domino effect this decision has across Northern Ireland means cities, towns and villages are unnecessarily divided." 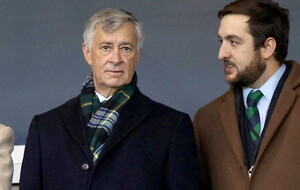