Northern nationalists were left alienated and abandoned by the Free State government when it agreed to the Boundary Commission's proposals in 1925, purchasing financial independence from Britain at the expense of Irish unity, writes Cormac Moore 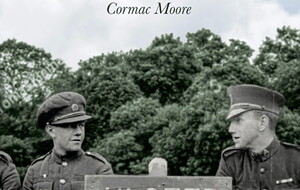 WITH the death of Arthur Griffith and Michael Collins in August 1922, the new leaders of the provisional government of the Irish Free State adopted a different policy on Northern Ireland, particularly to the ones pursued by Collins for much of the first half of 1922.

Even before Collins's death, cabinet colleagues were moving to shut down provocative actions and instead impose "a policy of peaceful do-nothingness", as coined by Kevin O'Shiel.

A new policy prevailed to recognise the northern government and to discontinue the obstructionist policies that had prevailed while Collins was alive. Leading the new initiative was Ernest Blythe, Minister for Local Government and an Ulster-born Protestant.

Research from David Fitzpatrick has revealed that, for a time, Blythe led a double life as a member of both the IRB and Orange Order, when he was a journalist for the unionist newspaper, North Down Herald (1909-13). In a memorandum he authored in August 1922, the steps of the new policy on the north included:

:: "Payment of teachers in the Six Counties should immediately be stopped." (This impacted up to one-third of Catholic schools in the north).

:: "We should stop all relations with local bodies in the Six Counties and should try to arrange that those which have been suppressed should be restored on condition of recognising the Northern Government."

:: "Catholic members of the Northern Parliament who have no personal objection to the oath of allegiance should be urged to take their seats."

:: "Ample precautions should be taken to prevent border incidents from our side. Any offenders caught by us should be definitely handed over to the Northern authorities, a condition precedent being of course that flogging should be dropped."

:: "As it is quite evident that the Catholics of the Six Counties cannot by use of arms protect themselves we should on receiving satisfactory assurances from the British, urge them to disarm."

:: "Prisoners in the North should be requested to give bail and to recognise the courts."

:: "The 'Outrage' propaganda should be dropped in the Twenty Six Counties. It can have no effect but to make certain our people see red which will never do us any good."

Blythe was aware that the abandonment of the non-recognition policy was going to be unpopular with northern Catholics, particularly since they had been actively encouraged to ignore northern local authorities, schools and courts by Free State figures such as Collins and Eoin MacNeill.

However, he felt "the belligerent policy has been shown to be useless in protecting the Catholics". He believed, although the new policy may not succeed, there was a chance that it could, whereas "the other has no chance".

There also was arguably an element of financial pressures impacting on the decision. With the civil war ongoing, the provisional government was finding it increasingly difficult to find the £18,000 per month it needed to pay northern Catholic teachers.

Blythe's memorandum was, according to Donnacha Ó Beacháin, in effect, "a lengthy farewell note to the northern nationalist community, who were now urged to fend for themselves". This was apparent, when in October 1922, a deputation of nationalists from Northern Ireland arrived in Dublin seeking funds from the provisional government, receiving short shrift from Kevin O'Higgins, the new minister for home affairs, who told them: "We have no other policy for the North East than we have for any other part of Ireland and that is the Treaty policy."

The same month WT Cosgrave, the new chairman of the provisional government, told a delegation of northern nationalists that this government took "very strong action" against people who "refused to give it their allegiance, and that if we were to discourage them from giving their allegiance to [Northern Ireland prime minister James] Craig's administration he would provide a weapon that could be used by his enemies in both the north and the south".

Cahir Healy, Sinn Féin politician based in the north and since July 1922, internee of the converted prison ship, the Argenta, summed up how many northern nationalists felt, "abandoned to Craig's mercy... Personally, we must look after ourselves, I think".

Some northern nationalists, particular in border areas, still held out hope that the Boundary Commission would still see them transferred to the Free State. Due to the civil war in the south, changes of government in the UK and the northern government's unwillingness to cooperate, the Boundary Commission did not convene until late 1924, reaching its decision almost a year later.

The sense of abandonment by the Free State government reached its zenith when the recommendations of the Boundary Commission were leaked to the pro-unionist newspaper the Morning Post in November 1925. Much to the surprise of many nationalists, no large-scale transfers were on offer.

Realising the danger the crisis posed to the government, Cosgrave dashed over to London to have the report shelved. He was accompanied by Kevin O'Higgins who declared he would prefer for northern nationalists to be helped.

A determined Craig resisted attempts that would have helped Catholics, including proposals to disband the Ulster Special Constabulary, reinstate proportional representation and end discrimination. Lord James Salisbury, leader of the House of Lords, suggested that nationalist politician in west Belfast Joseph Devlin should be appointed as an Ulster liaison officer to Ulster Catholics, a sort of ombudsman.

Craig rejected this too, preferring for the Free State to be relieved of part of the British national debt. The Free State government accepted Craig's suggestion and was absolved of its responsibility under Article 5 of the Anglo-Irish Treaty to pay the British exchequer £10 million pounds a year as its share of the British national debt. This showed the extent to which the Free State government was prepared to purchase its own independence at the expense of Irish unity. The border remained as it was, as it is to the present day.

Craig returned to Belfast after the tripartite agreement between the British, Free State and northern governments, happy and contended. He had kept his promise of not giving an inch. Although his government had succeeded in securing its borders, it made no effort to be conciliatory towards the substantial Catholic minority.

After 1925, the nationalist community had to accept, whether they liked it or not, that they were citizens of Northern Ireland. The Boundary Commission crisis in late 1925 alienated most northern nationalists from the Free State government. Cahir Healy stated, it was "amazing... that the liberties and rights guaranteed to the nationalists by Article 12 should be scrapped, and the people sold into political servitude for all time".

Cosgrave was fooling few people by calling the agreement a "damn good bargain", particularly northern nationalists who realised there was little point in looking south for help from thereon in.

:: Cormac Moore is author of Birth of the Border: The Impact of Partition in Ireland (Merrion Press, 2019).