I'M sure I'm not the only child of the 1980s who had his automotive appetite whetted by the American television shows that added an air of exoticism to Saturday evening viewing, writes William Scholes.

Magnum, P.I., The A-Team, Knight Rider, The Fall Guy... as far as I was concerned, the real stars of these shows weren't Tom Selleck, Mr T, George Peppard, David Hasselhoff, Lee Majors or whoever those blokes were in The Dukes of Hazzard - no, it was the cars and trucks that jumped, skidded and screeched through each episode.

There was certainly nothing like KITT or BA Baracus's van cruising around Belfast at the time. Nor would you have seen many pick-ups - they seemed particularly and distinctively American to the eight-year-old me.

Lantern-jawed Lee Majors - he of The Six Million Dollar Man fame - co-starred with a brown-and-bronze GMC pick-up in The Fall Guy. Majors, on the off-chance you've forgotten the details, played the improbably named Colt Seavers, a Hollywood stuntman who found time to moonlight as a bounty hunter when he wasn't jumping off bridges or crashing aircraft.

We can consider it a triumph of the creative process that this sounded vaguely plausible, even to a primary school pupil.

In his dedicated pursuit of justice, Majors/Seavers would eventually track down the bad guys. If he didn't first get them with his lantern jaw and laconic wit, he would chase them in his pick-up.

Sometimes they would come after him, but because his trusty GMC truck was able to outrun helicopters, Porsche 911 Turbos and the laws of gravity themselves - as most episodes involved a big jump, often in slow motion, over a car/railway line/wooden structure from a poorly concealed ramp - Majors/Seavers and his lantern jaw always had the last laugh.

Pick-ups remain enormous business in the United States, with trucks like the Ford F-150 and Dodge Ram outselling passenger cars by huge margins. Indeed, the Ford has been America's best-selling vehicle of any sort for 40 consecutive years.

They might not be close to troubling the upper reaches of our best-seller charts, but pick-ups are by no means the relative rarity on Northern Ireland roads that they were in the heyday of The Fall Guy.

Builders and farmers in particular value their general utility and toughness, their strong towing ability and the four-wheel-drive surefootedness offered by most.

When, around 10 years ago, I first got to live out my inner Fall Guy dreams and test a range of different pick-ups, I was a bit disappointed. They were all fairly crude devices - noisy, slow and vague.

In some instances they felt borderline dangerous, as was the case with the (now defunct but still alluringly named) Great Wall Steed, which wanted to throw you off the road and into a ditch if the road wasn't bone dry and you weren't carrying a load.

However, in the intervening years, pick-ups have come on in Colt Seavers-esque leaps and bounds. The best of them can be convincingly car-like to drive, come with decent road manners (while sacrificing none of their off-road and load-lugging prowess) and can be specified with the sorts of luxury fixtures and fittings that would once have been the preserve of a German executive car.

One of the trucks I've always got on best with is Isuzu's mighty D-Max. A new version arrived at some point during the pandemic last year, and I was recently able to catch up with it.

This is very nearly an all-new D-Max. The engine - a 1.9-litre turbocharged diesel unit - is carried over and the ladder frame chassis is the same, albeit heavily strengthened and stiffened.

As before, the Isuzu can tow 3,500kg and carry more than a tonne in its load bed - these being essential criteria for 'serious' pick-ups in our market. There's a five-year/125,000 mile warranty as well.

Though some of the US pick-ups, especially the new wave of electric trucks, have allowed designers to inject some flair into their designs, the stuff we get in Europe still kind of looks like it always has - functional, in other words.

The latest D-Max is no exception - no-one has yet cracked the secret of making one of these things look like an Alfa Romeo or Mazda - though the top-spec V-Cross I tried looked appropriately rugged and ready for anything.

V-Cross gets you 'gun metal' trim to things like the grille and door mirrors, as well as 18-inch alloys, side steps and a 9-inch touchscreen with an eight-speaker sound system. It's perhaps not the most intuitive system I've ever operated, but it comes with Apple CarPlay and Android Auto, so maybe it doesn't matter too much.

Isuzu divides the D-Max range into 'business' - which is the sort of bare-bones vehicle you imagine a utility company might buy - 'all-purpose' and 'adventure'.

The V-Cross is an 'adventure' model and gets all the toys, while the 'all-purpose' trucks come in DL20 and DL40 flavours. 'DL' in this case stands for 'diff-lock', with these models gaining a locking rear differential for improved off-road ability.

The DLs can also be had with leather trim, LED headlamps, parking sensors, a reversing camera, automatic gearbox and a bunch of car-level safety gadgets.

Bodystyles span single-cab, extended-cab and double-cab; double is what you'll want if your pick-up is to vaguely resemble family transport, giving you proper back seats and doors with which to access them.

Thoughtful touches include a large step built into the rear 'bumper', making it easier to climb over the tailgate and into the load bed, and a hydraulic damper (a little like you get on the boot lid of a car) on the tailgate, which stops it dropping and slamming open.

The interior is very pleasant, and further evidence that pick-ups are evolving. The seats are comfortable, the cabin is spacious - not always a given with trucks, despite their size - and Isuzu has put a bit of effort into fitting an abundance of storage cubbies, shelves and nooks for notebooks, phones and those energy drinks that builders seem to live on.

The D-Max has genuine off-road credentials, with a 'shift on the fly' transmission that allows you to switch between rear-wheel-drive and four-wheel-drive with the twist of a dial. Another setting is '4L', which puts the transmission into a lower ratio - all the better for treacherous ground.

There was certainly nothing on the farm lanes and damp fields of my makeshift off-road test route that gave the D-Max any problems, even manoeuvring around a few placid Holstein cows in slalom fashion.

On tarmac, this latest Isuzu drives far more car-like than before. With the proviso that none of these pick-ups are ever going to drive like a Volkswagen Golf, the D-Max nonetheless offers safe-feeling and predictable handling. There's decent refinement too and the steering and pedal weights feel consistent with what the vehicle is actually doing - not always the case with pick-ups, or indeed earlier iterations of the D-Max.

And without a load in the back or a trailer - and remember, these are primarily working vehicles - the D-Max can sometimes feel quite bouncy on an undulating road.

It is worth giving a special mention to the Isuzu's safety - it is the first pick-up to be awarded a maximum five-star rating in the Euro NCAP test, with top marks for its 'child occupant' safety. Cruise control, forward-collision warning, autonomous emergency braking, traffic sign recognition, speed limiter and lane-departure warning are among the features fitted as standard, with the posher models also getting blind spot monitoring, emergency lane keeping and rear cross-traffic alert. There are family cars that aren't as sensibly equipped.

The D-Max starts at a pound under £22k for the bog standard Utility model, with the more liveable DL20 priced from £27k, the DL40 from £30,849 and the V-Cross from £32,349. All those prices are 'ex-VAT' - these are essentially commercial vehicles, after all - so you can add 20 per cent to those prices, as per your individual or corporate tax structure.

A desirable Arctic Trucks AT35 model is imminent, and will be the most expensive of the lot when it arrives on its balloon tyres and trick suspension; it's the one Colt Seavers would insist upon.

The pick-up market is highly competitive - the Ford Ranger and Toyota Hilux are formidable rivals - but the Isuzu D-Max is as persuasive as either. The Fall Guy would approve. 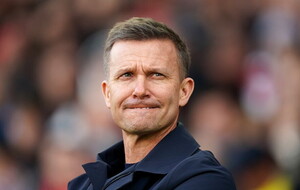