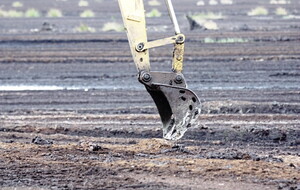 The Department of Agriculture, Environment and Rural Affairs says most of the north's peatlands have been degraded or are in poor condition

They've imposed a partial ban the sale of peat products in England but typically Northern Ireland lags far behind...

JUST because politicians are failing to take decisive action against the destruction of our boglands, we gardeners can't stick our heads in the sand and pretend we're blameless. With many both commercial and homemade substitutes available there's no excuse to still be using peat products.

I'll concede I've no idea how much peat has been, and is, extracted from Irish bogs on both sides of the border and exported every year to Britain or sold at home. It's not something the authorities are keen to publicise. I can say with some confidence, however, that it's too much.

Once maligned because they could neither be farmed nor built on, the value of Ireland's expansive boglands is finally being recognised – hopefully just in time to save them from extinction. A recent ban on sales of peat in England for use on private gardens and allotments from 2024 will help a little but arguably more could be done closer to home.

While common in Ireland, blanket bogs and raised bogs are quite rare in Europe. These dense wetland habitats are formed over millennia as vegetation partially decays. A combination of the waterlogged conditions and the bog's acidity prevents the vegetation from fully decaying, so it builds up very slowly over thousands of years to become peat. Not only are these areas important habitats they are also carbon sinks that help mitigate against climate change.

Peat, however, is highly prized by horticulturalists as a growing medium and soil conditioner due to its nutrient free, free-draining and water retentive properties. In a land short on natural resources, bogs provided commodities – peat for gardening, along with turf for burning.

The Department of Agriculture, Environment and Rural Affairs last year launched a consultation on its draft peat strategy, which aims to ensure that by 2040, all the north's peatlands are “conserved or restored to healthy, functioning ecosystems and that the ecosystem services that they provide are acknowledged and appreciated”. Currently, the department says, most of our peatlands have been degraded or are in poor condition. It's important to point out that at the moment, the strategy's targets are nothing more than an aspiration rather than a commitment.

The strategy, if it's worth anything, should include a ban on the import and sale of peat compost peat products by 2025. Some nursery businesses and their allies in the mushroom growing industry have warned that such a ban could impact adversely on the industry. Scaremongering headlines have warned that the horticulture sector could be “wiped out”.

It would appear their concerns have fallen on sympathetic ears, as the department responded by launching a 12-week equality impact assessment which will close on November 4.

“The responses from this will inform the final strategy document,” the department says.?

Minister Edwin Poots has said that certain parts of the strategy are likely to require“cross government agreement to implement”, which means an executive needs to be in place.

The vested interests seeking to maintain the status quo and the continued exploitation of our boglands will no doubt use lobbyists and other methods to ensure their message is heard. It's important that this is countered with reasoned argument.

:: You can make your voice heard at daera-ni.gov.uk/consultations/northern-ireland-peatland-strategy-equality-impact-assessment

Gardening: How to save money on your spring flower display