Eating Out: Mount Falcon is a great catch 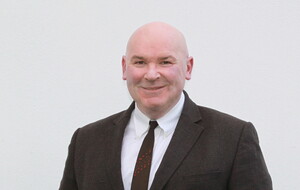 HERE'S something you don't expect to see in a hotel bar of a Saturday lunchtime: a peregrine falcon.

And yet, there it was, perched on his handler's thickly-gauntleted hand, happily enjoying the attention of the customers. (I say happily, but I'm not sure a peregrine falcon is ever happy unless it's tearing a field mouse to shreds).

The handler let me have a go with the gauntlet, and the falcon – cheerily named Phantom – sat on my hand. All was going well until his hood was removed, at which point I became uneasily aware Phantom was looking at me like I was one of the specials.

The hotel in question was the Mount Falcon Estate, a grand country house just outside Ballina, in Co Mayo.

The N26 runs right past it but, the moment you turn off the main road, you feel miles away from anywhere.

It's a beautiful place, the kind of hotel where you might expect to find Miss Marple staying, offering easy luxury and a range of country pursuits, such as clay pigeon shooting and fly fishing.

It was the fly fishing I was there for. I've always been keen to learn, ever since I was a young boy, but there aren't many rivers teeming with salmon in Liverpool, and the closest I've ever come was the JR Hartley Yellow Pages adverts.

Now, though, armed with a pre-pandemic voucher for the hotel, bought by my wife three years ago, I was ready to learn.

I got there on Saturday, and the lesson was the following morning. There was plenty I could have done, but I chose simply to relax. And eat, of course.

I've always felt a little uncomfortable eating alone – when I'm out, I mean. Lunch is fine, but dinner for one always makes me feel a bit Billy-No-Mates.

Consequently, I ate in the bar – more informal, cosier than the dining-room – and I took the paper with me, so I could do the crossword. Or pretend to, at least: I just filled the squares with the names of old Everton players, but I looked clever and sophisticated, which is all that matters.

The menu was designed for autumnal comfort. Not homely, exactly, but nothing too fancy or fussy.

I struggled to choose my starter. A court order means I'm not allowed to eat chicken wings in public, so they were out, but the crab cakes appealed, and the beetroot salad was tempting. I find it hard to pass on calamari, though, so I got that it the end.

I wasn't sure when I saw the dish, however. The rings looked rather thin and sorry for themselves, not the chunky fellers I'd been hoping for.

They tasted good, though, full of flavour, well-cooked, with a nice texture, and they went perfectly with the delicate, creamy mayonnaise and the sharply-dressed salad.

My first thought when the main course arrived was that it looked such a small portion that, had I not been alone, I would have ordered a bowl of chips and pretended they were for the whole table.

However, I think all portions are small. This was just what a normal person would have. It was plenty, and it was beautiful.

The rice was perfectly cooked, fluffy, soft, with a bite. The coriander lifted the dish, while the pistachio gave a mellow touch, as well as a nice texture.

The monkfish itself – also cooked to perfection – was meaty and full of flavour and with enough about it to hold its own with the Thai curry. And, goodness, it needed to be. Talk about only supposed to blow the bloody doors off... No complaints, mind, though I was glad I'd ordered that second pint of Guinness.

I didn't have pudding, good as they looked, possibly because there was no-one with me to let me know there was custard dribbling down my chin. Instead, I pretended to polish off the crossword with a judiciously placed Alan Ball (Ginger genius 4,4) and went to bed.

The next morning, I had a two-hour fly fishing lesson. Mimicking the weather, I over-cast, but I still somehow caught a fine brown trout.

Handsome, shimmering, powerful (the trout, I mean) I released it back into the lake. If only I'd had some of that Thai curry sauce with me...

Eating Out: Mount Falcon is a great catch