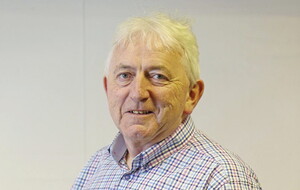 HOW quickly the year turns. A year after Glasgow and another Conference of the Parties summit has just taken place, this time Cop27 in Egypt's Sharm el-Sheikh, where nations of the world and environmental activists have gathered for the last two weeks to build on the outcomes of last year's conference.

Here they were expected to demonstrate their commitment to achieving world climate goals by progressing implementation measures on reducing emissions, energy transitioning, capacity-building, adaptation, resilience and the all-important issue of financing these actions.

After the heads of state and government leaders made their opening statements, the business of deal making and progression began in earnest with negotiating teams working to advance plans on climate action. During the last fortnight I tuned in to many live streamed events, choosing smaller gatherings with expert panels and those often at the coalface of recent climate catastrophes, in discussion with the public.

In her contribution, Khar spoke candidly about the extreme flooding events which visited her country with such devastation during the summer. She said: "Climate and its impact has already struck us, but I feel we are still sleepwalking our way through as if life is going to remain normal. Pakistan in some ways is a message from God to the rest of the world, as a poster child of what happens when climate strikes."

Kerry described the planet as "in extremis", that state of being in imminent danger, before going on to say: 'It's 100 per cent certain that the bad things we see happening are going to get worse unless we change... if we don't do enough between now and 2030, the scientists tell us you will not be able to keep 1.5 degrees." This is the temperature rise, above which climate damage increases significantly, diminishing our capacity to adjust and adapt.

In recent weeks here, evidence of increased warming has been clear to all, with Met Éireann announcing the overnight temperature of 15.5C at Shannon Airport on the night of Thursday November 10 into Friday as the warmest on record, while at Magilligan the same night, the temperature was 14.5C. Daytime temperatures of 16C or 17C were also recorded, some 5 or 6 degrees higher than normal, all driven by warm air masses drawn up from the Azores and Africa.

Meteorologist Emer Flood said events like this, "are more likely to occur and be more frequent due to climate change". The exceptional warmth triggered flowering again in many plants and prompted singing more typical of spring, from local birds like the great tit.

Such occurrences have been reported across Ireland, while we've also been told that hedgehogs have delayed their hibernation. All these small discernible changes here are of modest consequence when compared to the extreme heat or rainfall events which transpired further south earlier this year, but they are warnings of the increasing trend towards a warming planet in both hemispheres. We are no longer exempt from this shift.

Hearing Mary Black perform her excellent version of Mick Hanly's song, Past the Point of Rescue, on RTE's The Late Late Show recently, I was tempted to use the song title for this piece, but opted instead for Kerry's words, holding out as they do, the possibility and hope that as a species, we can still collectively pull back from the cliff edge. At the time of writing, I'm unsure if Cop27 will deliver.