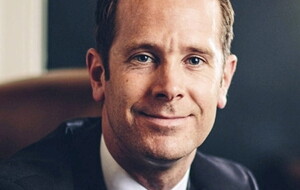 MORE than 8,300 new businesses were established in Northern Ireland last year, according to research from insolvency and restructuring trade body R3.

Its analysis of data provided by Creditsafe shows that 8,325 new firms were created over the year - an average of 694 every month.

The first quarter saw the highest number of registered start-ups, with 2,350 setting between January and March, followed by 2,128 in quarter two, 2,042 in quarter and 1,805 in the final three months of the year.

“But while this is great news, the first few years of a business’s life are also the most challenging, and it’s really important that directors are aware of the signs of financial distress and act on them as soon as they show themselves.”

Mr Neill, who is a director and head of business advisory services at HNH, added: “If a business is having issues with cash flow, having problems paying taxes, rent or staff, or seeing stock begin to pile up, it's likely to be financially distressed – and that is the time for its directors to seek advice from a qualified source.

“By doing so, they’ll have more time and more options available to them than if they’d waited for the issue to get worse.”

The R3 figures come as the head of insolvency specialist Begbies Traynor warned that this year could see a wave of company collapses as the cost of living crisis continues.

Julie Palmer said Begbies was receiving an increasing number of calls from businesses owners concerned whether they could carry on.

It said the number of firms on the brink of going bust jumped by more than a third at the end of last year, and Begbies Traynor says it expects this number to rise due to higher costs and consumers cutting back their spending.

Begbies Traynor said the number of UK companies in critical financial distress (ie, if it has more than £5,000 in county court judgments or a winding up petition against it) jumped by 36 per cent in the last three months of 2022.

New beginnings for LRA as it moves to Gasworks office