Is it really a mortgage panic and housing crash? 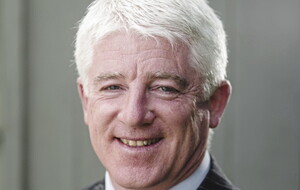 IN 35 years of financial services, much is like the yogi-ism from Yogi Berra - it’s déjà vu, all over again.

There are crises, and that, mixed with the ‘new kid on the block journalist’ keen to get his front-page panic headline, bashes families into emotional turmoil. Poor financial decisions ensue. These are financial decisions that can impact our life choices, our security, our business and family goals, and inevitably our health and well-being.

When the Bank of England increased rates by 0.75 per cent, the headlines read “Largest rise in 33 years”. I might argue that the rise in 1992 from 10 per cent to 12 per cent, and a same day offer/threat to 15 per cent, was more significant.

October 31: "Truncating the energy support scheme meant the Bank of England was less likely to raise rates as much and so yields declined. In time, this should lead to better mortgage deals"

October 3: "For the record, I’m still looking for a decent wall to bop my head off when I think of the UK’s financial policy now"

September 26: "I can’t recommend enough seeing an independent financial adviser now to ask about how this will impact you"

Given it’s such a short spin on this wonderful world axis, it may be better to source the information from the steady hand at the tiller. In short, those tabloid journalists aren’t qualified.

So, what happened last week with the Bank of England rate rise? As we have said all along, we don’t believe inflation is where it is, and we also know there is an easier fix.

Turkey has some wonderful negotiators and between them, Russia and the Ukraine, a ceasefire was agreed, along with an agreement that we would all have agreed with. A visit from a Western official put an end to that.

That’s the good and bad news. Good that it could end very quickly, and bad, in that the reason given was that they wanted to crush Putin and to hang on in there. The latter won’t happen, and if that goal persists, our mortgage rate will be the least of our worries. My fantasy is in the common-sense former agreement, particularly as that former ‘leader’ is no longer in charge.

That would be deflationary, freeing up supply chains and pushing down energy costs.

However, with over two million of you having a fixed rate expire before next Christmas, the average borrower could find themselves £3,000 a year worse off. Or, put another way, given the UK’s average hourly rate and allowing for tax and national insurance, an extra 6.7 weeks’ work.

That’s a great headline for the aforementioned papers, but what is the reality?

Firstly, the Bank of England believes the worst is over and government bond markets are listening too. (They set the wholesale price of mortgages). Hence, when they raised rates with the aforementioned mental headline, mortgage rates actually fell, and are still falling. Please note - always seek advice and understand before panicking into financial decisions.

Remember, the previous Chancellor, well, the most recent one? He announced huge unfunded tax cuts. Overseas lenders (you need them) freaked out and decided they didn’t want to lend to the UK at those rates and upped the cost of borrowing due to the new risk. That triggered a massive spike in the UK’s borrowing costs, and, hey presto, banks pulled mortgage rates and replaced them with unaffordable ones.

Then pensions, which were ‘safe’, were shown to be exposed to liability driven investment (LDI). This a risk management process within pensions, and if used properly keeps pensions afloat. This process forced pension funds to sell their government bonds to raise cash to meet their liabilities.

Selling these bonds (and millions of them) drove down the price of bonds and in turn upped the yield. Higher yields meant that, in each and every day, the pensions funds would have to continually sell bonds to meet their daily cash commitments. Follow that spiral on to swift Armageddon.

The ‘Chancellor’ was sacked, which calmed markets as tax cuts and energy schemes were truncated. Truss resigned and took her £115,000 per year, for life, expenses allowance with her (yes, that’s true). Markets calmed.

In October, the deputy governor of the Bank of England had tucked away data showing that he believed their forecasts of peak rates at 5.25 per cent were two per cent too high. This means the Bank believe bond rates may come down, even as they are raising bank base rates. What does that mean to you? You won’t need to suffer as much.

This Thursday, the Autumn Statement will show the tax rises and spending cuts to repair the UK. You can be sure the Bank’s governor has been briefed. Therefore, the lower rate increases voted for by two of the nine Bank of England members last week are significant – they may well believe the current rate increases are enough to do the job.

They also stated that if rates did hit 5.25 per cent it would trigger the longest recession since World War Two and, in my view, they won’t let that happen. The tax rises, spending cuts and energy price guarantee will all dampen inflation so do not panic into fixing into higher rates now.

Peter McGahan is chief executive of independent financial adviser Worldwide Financial Planning, which is authorised and regulated by the Financial Conduct Authority. If you have an enquiry about your mortgage rates get in touch with our mortgage director Pat Greene on pgreene@wwfp.net or call 028 6863 2692

Kainos upgrades earnings forecast as revenue jumps by 26 per cent

Is it really a mortgage panic and housing crash?

The Black Friday dos and don'ts everyone needs to know