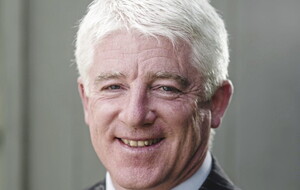 PENSION funds are supposed to be safe, boring and forgettable. As are government bonds. So, when news broke that some defined-benefit (company pensions) pension funds had inadvertently created an unstable, self-devouring feedback loop that made a Jimi Hendrix guitar solo sound like the Deerhunter theme, the government bond market shuddered.

What happened? Why did it happen so fast? And are we all right now?

A pair of zealots – the former prime minister and chancellor – announced huge tax cuts paid for by, er…. asking to borrow even more money with deliberately no plan of how to repay it. This came swiftly after vast borrowing to cap energy costs.

Quite understandably, overseas investors decided they no longer wanted to lend money at current rates, upping their terms to reflect greater uncertainty. This ‘Muppet premium’ pushed up the UK’s borrowing costs and led banks to pull existing mortgage offers, replacing them with frankly unaffordable ones. You’ll have spotted that.

This unprecedented leap in borrowing costs triggered a rapid, brutal sell-off in government bonds because some company pension funds were forced to dump their bonds in order to raise cash. It even made the evening news. Yes, you read that right. Pension funds are supposed to hold government bonds to pay people’s pensions but suddenly some were selling them and taking a hit.

These culprits were using a little-known but widespread risk-management process called Liability Driven Investment (LDI). LDI is meant to sound boring and obscure. Used properly it has allowed company defined-benefit pension schemes to remain open and keep their pension promises. Without LDI, many would have shut years ago.

Pay attention now. When interest rates go down, the liabilities of pension funds go up. If you’re getting less interest on your savings you need to put more aside to meet your pension promises. And for years, interest rates had been trending down, pushing up the cost of those promises. LDI allowed pension funds to swap the variable, and usually falling interest they got from government bonds, with a fixed rate of interest. Stay with me.

These swap contracts, made with giant financial institutions, were settled daily and only in cash, nothing else. If interest rates fell then the institutions send cash to the pension funds offsetting the rise in liabilities. Nice. And if rates went up a bit, the funds put up some cash as collateral. They always had enough spare change.

The real problem arose because a small number of defined-benefit pension funds had been mis-using their swap contracts to effectively gear up their assets – something they are not supposed to do. All looked well until the mini-budget caused a mini-stoke and market interest rates spiked dramatically.

Those funds that had geared up found themselves caught short and started selling their government bonds to raise cash. But when other pension funds also started selling, it drove down prices which pushed up the interest rate yield. Higher yields meant more cash had to be found each day. You don’t need me to tell you where that was heading.

It wasn’t that the pension funds were insolvent - they weren’t. This was a liquidity crisis and it could be fixed with a series of measures. First, the Bank of England stepped in offering to buy bonds from distressed sellers and halt the downward spiral. It gave them a week to sort themselves out. Then the prime minister sacked her chancellor and appointed one who revoked most of the tax cuts and shortened the energy price cap scheme. Markets calmed a bit and yields fell.

Next, the prime minister was told her resignation would help stabilise the bond market and repair the damage. She resigned and yields fell more. Finally, a new prime minister with a safer pair of hands was quickly appointed and yields declined some more. Truncating the energy support scheme meant the Bank of England was less likely to raise rates as much and so yields declined. In time, this should lead to better mortgage deals.

As for the pension funds, most are actually in good shape. Their lawyers are rewriting contacts so other assets besides cash can be used as collateral to prevent forced selling. And if you’re wondering where the pension regulator was in all of this, well, so am I.

Peter McGahan is chief executive of independent financial adviser Worldwide Financial Planning, which is authorised and regulated by the Financial Conduct Authority. If you have a financial query about mortgage rates or your pensions, contact our mortgage director Pat Greene on pgreene@wwfp.net or call 028 6863 2692