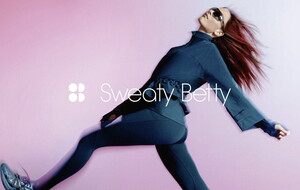 FASHION and lifestyle brand Joules has said it is considering a company voluntary arrangement (CVA) restructuring process as part of its turnaround plans.

The company said on Monday morning that it is assessing its ongoing financing requirements, including the possibility of an equity raise.

It said this remains the company's focus but that a CVA - which typically involves a firm agreeing delayed or reduced payments to landlords or other creditors - is "one of a number of alternatives".

It comes after reports by Sky News that the struggling retail brand is in talks with specialists from Interpath Advisory over a process which could potentially pave the way for store closures, rent reductions and job cuts.

The Leicestershire-based brand employs around 1,000 people and runs around 130 stores.

Joules has a store on Belfast’s Arthur Street and an outlet in The Boulevard, Banbridge. It also operates two outlets in the Republic.

The retailer added on Monday that it is continuing to make "good progress" in developing its turnaround plan in a bid to improve profitability.

It highlighted that this will include a better pricing and promotions strategy, with more focus on product areas with shorter lead times.

The fashion chain said last month it was considering a fundraising after a slump in shares over the past year following profit warnings amid soaring costs and a downturn in consumer spending.

Rival Next also launched talks with Joules over a deal to buy a minority stake in the business, but discussions between the two collapsed last month.

Meanwhile, activewear and lifestyle brand Sweaty Betty has confirmed it will open its first Northern Ireland store at Belfast’s Victoria Square in October.

The London-based company, which was acquired in 2021 by US apparel manufacturer Wolverine Worldwide for around £300 million, will occupy a 2,056 sq ft unit on the lower ground level of Victoria Square.

This month will also see Abercrombie & Fitch open its first standalone Gilly Hicks store on the island of Ireland at the shopping centre.

“Belfast provides us with a brand-new audience to encourage and empower women through fitness and beyond, and we are looking forward to working with the team at Victoria Square on making this location a real success story for Belfast and the Northern Ireland community.”