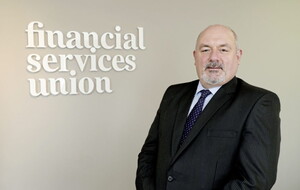 THE Financial Services Union (FSU) has repeated its calls on banks to freeze all branch closures pending a full review of the retail banking system.

Thirteen branches have already been closed across Northern Ireland since the end of June, with another six due to shut by January 10.

It comes as lenders faced an upsurge in customer enquiries in recent days in response to the volatility in the mortgage market.

Some lenders have pulled mortgage products and raised interest rates in response to the Bank of England signalling it will hike interest rates after the pound fell to a record low against the dollar.

Ulster Bank’s closure of its Ballymoney outlet on Wednesday was the ninth bank branch to close in the north during September.

Danske Bank have closed branches in Cookstown, Lurgan, Kilkeel and Fivemiletown in the past two weeks, while Ulster Bank has closed five.

Antrim, Dunmurry, Warrenpoint and Holywood have all lost their Ulster Bank outlets this month. Branches in Larne and Comber are due to follow next week, while Maghera and Clogher will close on October 12.

After closing its Shaftesbury Square branch in June, Halifax is due to close its Newry and Coleraine branches in the coming weeks.

HSBC closed branches in Derry and Omagh during August.

Finance Minister Conor Murphy last year wrote to banks asking them to freeze branch closures for at least a year.

Speaking in Belfast, FSU general secretary John O’Connell, warned the continuing closures of physical branches is creating “a huge divide” with those who struggle with online services.

“We call on all banks in Northern Ireland to commit to the bank branch structure similar to the approach now adopted by their counterparts in the Republic of Ireland and to state publicly there will be no branch closures for the foreseeable future.”